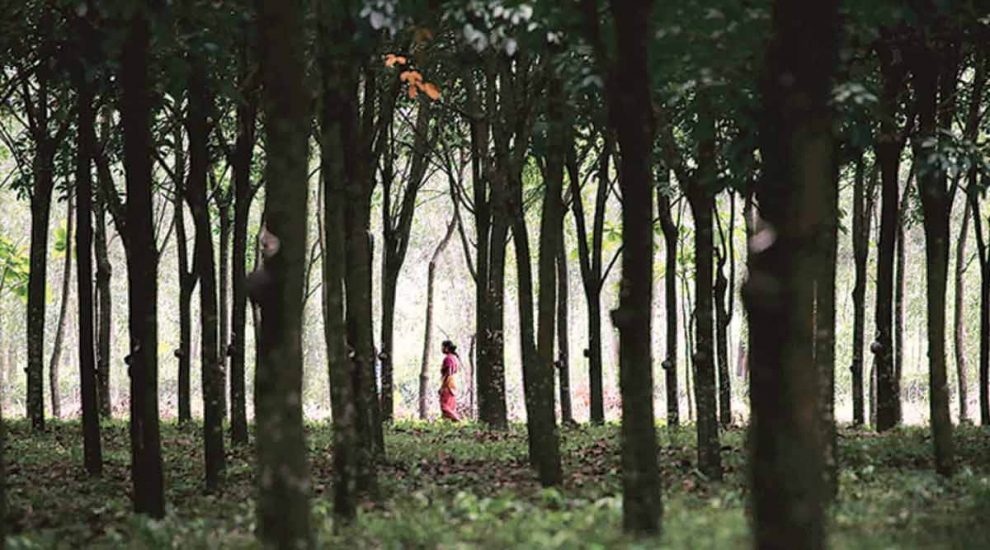 KUALA LUMPUR: The rate of destruction of the world’s tropical forests is likely to have gathered pace last year, green groups warned, as the pandemic weakened environmental regulations, cut funding for protection work and forced city migrants back to rural areas.

In 2019, tropical rainforests disappeared at a rate of one football pitch every six seconds, according to monitoring service Global Forest Watch (GFW), despite more awareness of the key role of carbon-storing forests in slowing climate change.

The tracking platform, which uses satellite imagery and is run by the U.S.-based think-tank World Resources Institute (WRI), is due to release its deforestation numbers for 2020 – when the COVID-19 pandemic struck – in the next three months.

Frances Seymour, a senior fellow at WRI, said the work of law enforcement and forest protection agencies had been constrained by limited mobility due to coronavirus lockdowns and budget cuts linked to economic woes.

“In addition, there are indications that some governments have reacted to the economic crisis by relaxing environmental regulations as a way to facilitate investment and jump-start economic growth,” she told the Thomson Reuters Foundation.

Cutting down forests has major implications for global goals to curb climate change, as trees absorb about a third of the planet-warming emissions produced worldwide, but release carbon back into the air when they rot or are burned.

Forests also provide food and livelihoods for people living in or near them, as well as an essential habitat for wildlife.

In 2019, the loss of 3.8 million hectares (9.3 million acres) of forest was the third-biggest decline since the turn of the century, with Brazil, Democratic Republic of Congo and Indonesia the top three offenders, according to GFW.

While the pandemic last year caused a dip in demand for the commodities often blamed by environmentalists for deforestation, such as palm oil, timber and soy, many urban workers also lost their jobs and returned to their rural homes, said Seymour.

It was hard to predict the net effect for forests of those opposing forces, she added.

“While a drop in commodity prices could slow conversion of forests for commercial agribusiness, the return to rural villages of urban workers … could increase small-scale clearing for subsistence,” she said.

Deforestation rates for Indonesia, which is home to the world’s third-largest tropical forests but also its biggest producer of palm oil, remained at historically low levels for the third year in a row in 2019.

In addition, last year the Southeast Asian nation scaled back its forest protection efforts because of the COVID-19 crisis, and introduced a job creation bill that investors and activists said could damage the environment in years to come.

“2020 will be remembered as a year where rainforest destruction continued unabated, despite major brands and banks declaring it a make-or-break year to end deforestation,” she said.

After missing a 2020 target to end deforestation in their supply chains, high-profile companies in the Consumer Goods Forum launched a new initiative, vowing to speed up work to stop the main commodities they use causing further loss of forests, in a bid to curb climate change.

David Ganz, executive director of international land rights and forestry nonprofit RECOFTC, predicted that tropical and temperate forest losses in 2020 would be four to five times greater than in 2019, largely due to uncontrolled fires.

“The irony is that forest loss and increased contact between people and wildlife are key drivers of the emergence of new pathogens, such as those that cause Ebola, SARS (Severe Acute Respiratory Syndrome) and now COVID-19,” he added.

He blamed that on reduced funding for agencies combating deforestation and forest fires, and further dismantling of institutions for environmental monitoring and control.

“We also see that local authorities in Indonesia are diverting funds from forest-fire prevention to battle COVID-19,” said Larsen, who urged countries to invest in a green recovery from the pandemic.

In Australia, bushfires in 2019 and 2020 destroyed more than 11 million hectares (37 million acres) across the southeast, equal to about half the area of Britain.

Fran Raymond Price, global forest practice lead at WWF International, said 2020 had been “another devastating year” for forests in many parts of the world, calling on governments to introduce stronger legislation to halt deforestation.

Such regulation must focus on strengthening and expanding tenure rights for indigenous people and local communities, as well as supporting farmers to embrace sustainable practices, she added.

Businesses also have a responsibility to better understand their ecological footprint and boost efforts to clean up their supply chains, Price said.

Consumers, meanwhile, can do their part by asking lawmakers to act on deforestation and ensuring the products they buy do not contribute to deforestation, she added.

“2021 can be the year we turn the tide on forest loss, but we need decisive action on the chief drivers of deforestation to ensure that solutions are sustainable and benefit both nature and people,” Price said.

The Dispatch is present across a number of social media platforms. Subscribe to our YouTube channel for exciting videos; join us on Facebook, Intagram and Twitter for quick updates and discussions. We are also available on the Telegram. Follow us on Pinterest for thousands of pictures and graphics. We care to respond to text messages on WhatsApp at 8082480136 [No calls accepted]. To contribute an article or pitch a story idea, write to us at [email protected]h.in |Click to know more about The Dispatch, our standards and policies

World’s highest rail bridge on Chenab bridge near completion
‘Tigers or crocodiles’: Grim prospects for Cambodian migrants at home and in Thailand
Comment