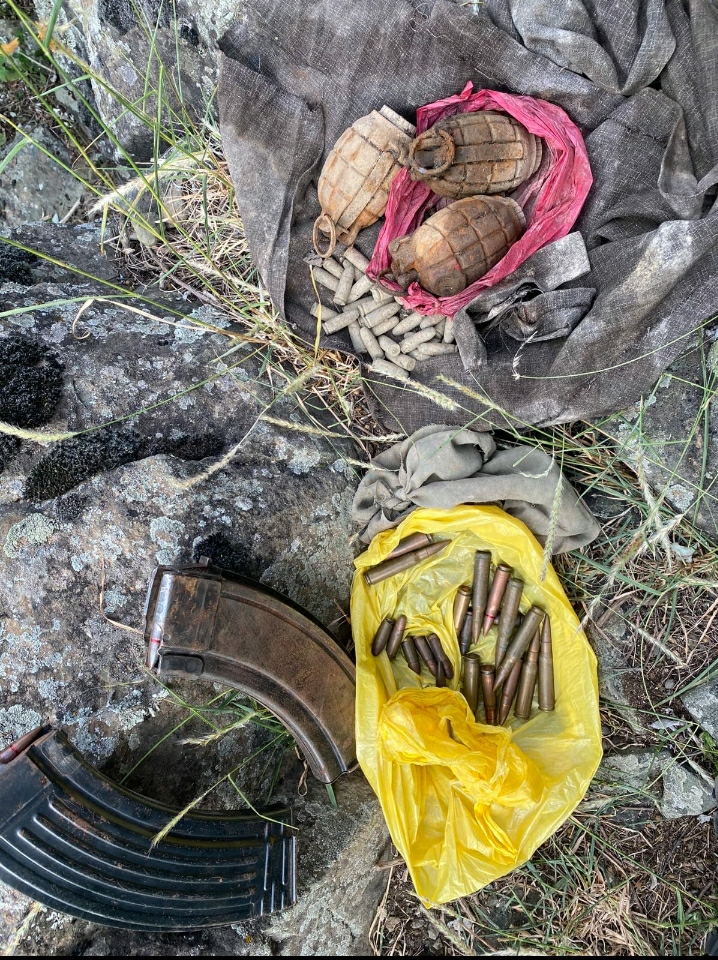 SRINAGAR: Security forces on Friday claimed to have recovered a cache of ammunition during a search operation in forest area of Watlar in Central Kashmir’s Ganderbal district.

He said that during search operation, rounds of 60 Ak rounds, along with two Grenades, Ugbl 3, Detonator 7, Fuse 3, 1 Bag, Pouch 1 were recovered.