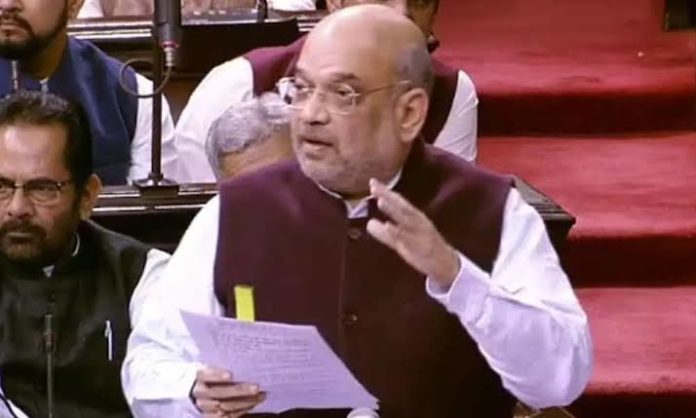 The contentious Citizenship (Amendment) Bill, that seeks to grant Indian citizenship to non-Muslim refugees from Pakistan, Bangladesh and Afghanistan, is all set to be introduced in Lok Sabha on Monday by Union Home Minister Amit Shah.
Through this bill, Indian citizenship will be provided to the members of Hindu, Sikh, Buddhist, Jain, Parsi and Christian communities, who have come from the three countries to India till December 31, 2014, facing religious persecution and put an end to them being treated as illegal immigrants in the country. The bill, to be introduced in the afternoon by Shah, has evoked mixed reactions from the various sections of the society and the political parties.
While BJP, which made it a part of its election promise both in 2014 and 2019, had issued a three-line whip to its Lok Sabha MPs asking them to be present in the House when the bill is introduced on Monday till December 12, reveals its intent to clear the bill, the Congress and other regional parties from the North-East have been vocal in opposing it from the very start.
Earlier yesterday, Leader of Congress in Lok Sabha, Adhir Ranjan Chowdhury, had said that the party will oppose the Citizenship Amendment Bill “tooth and nail” in Parliament, alleging that it is in “violation” of the Indian Constitution.
“We will oppose the Citizenship Amendment Bill tooth and nail because it is in violation of our Constitution, secular ethos, tradition, culture and civilisation,” he told reporters after the Congress parliamentary strategy group meeting held at interim party president Sonia Gandhi’s 10 Janpath residence here.
Several Congress leaders including Ghulam Nabi Azad, Gaurav Gogoi and AK Antony had taken part in the meeting held at Gandhi’s residence.
The issue of CAB also divided the one-time allies, with parties like the Bahujan Samaj Party (BSP), first terming the bill “divisive and unconstitutional” and then went on to add that it would support it “if the central government takes the right decision for the benefit of the country and its people.”
Meanwhile, BJP’s former ally, Shiv Sena, is yet to clear its stand on the CAB.
While the party had been supportive of the bill during its alliance with BJP in Maharashtra and the centre, its sentiment post-forming government with the Congress and NCP in the state have changed. This was revealed in the editorial column of the party mouthpiece, Samna, on Monday which carried an article questioning whether the whole exercise was part of a ‘vote-bank politics’ exercise by the BJP.
Apart from this, several students and indigenous people’s rights organisations such as the All Assam Students’ Union (AASU) and the Indigenous People’s Front of Tripura (IPFT), through marches and calling for strikes, have also carried out protests against the CAB.
It is important to note that the Bill was passed by the Lower House of the Parliament earlier this year but lapsed with the term of the previous Lok Sabha in the first term of the Prime Minister Narendra Modi government in the Centre.