Home Newsfeed Amid GST row, Centre signals it will not borrow 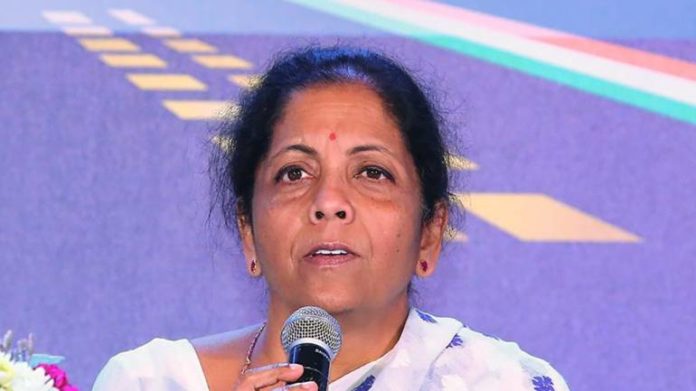 As the Centre and non-BJP ruled states continue to face off over the mechanism to meet the compensation deficit under the Goods and Services Tax (GST) regime, the Union Finance Ministry is unlikely to cede to the states’ demand that the borrowing should be done by the Central government. In fact, government officials pointed out that states had parked about Rs 1.8 lakh crore in T-Bills, suggesting that they were not short of funds.

“While it is true that states too are keeping the powder dry, just like the Centre, for the coming quarters, they cannot complain that they do not have money to spend,” said a government official who did not want to be named. The official said states have, on an average, borrowed about 2.75 per cent of their GSDP so far, against 3 per cent of their GSDP.

States, however, said not all of them had huge funds invested in T-Bills. “There is also a variance in the expenditure needs of states. For some, the committed expenditure (salaries, pensions and interest payments) as a percentage of total expenditure is high. On top of this, their revenues have taken a bad hit,” said a state government official.

In the case of Communist-ruled Kerala, for instance, the official said, committed expenditure was as high as 56.4 per cent. “Covid-19 and the lockdown adversely impacted state revenues – with tourism, a significant contributor to state GDP, taking a big hit,” said the official.

On the issue of borrowing by the Central government instead of states, Finance Ministry officials said the compensation cess was a tax owned by states. Under Article 292 of the Constitution of India, the Centre can borrow on the security of its own taxes and resources, which is the Consolidated Fund of India (CFI), but it cannot borrow on the security of tax which it does not own.

“Compensation cess is actually a resource dedicated to states and only they can borrow on the strength of future flows from cess which will eventually get credited to the consolidated fund of states,” the official said.

Finance Ministry officials also said the states’ entitlement is for the full compensation amount, and the mechanism is only to assess how much of the shortfall should be met by borrowing and how much could be deferred. “Borrowing for meeting the entire shortfall when the private sector is struggling to get back on its feet could hurt them badly,” said an official.

The Centre and Opposition-ruled states are in conflict over the financing of GST shortfall amounting to Rs 2.35 lakh crore in the current fiscal. Of this, as per the Centre’s calculation, about Rs 97,000 crore is on account of GST implementation and the remaining Rs 1.38 lakh crore is the impact of Covid-19 on states’ revenues. Last week, the Centre proposed two options to the states: to borrow either from a special window facilitated by the Reserve Bank of India or from the market.

Option 2 takes into account the impact of the pandemic, proposing that states borrow the entire Rs 2.35 lakh crore and bear the interest burden, though the principal will be repaid from the cess proceeds. The GST shortfall amount (Rs 97,000 crore) will not be counted as states’ debt, while the rest will be counted in the books of the states.

States had raised concerns that the distinction of revenue loss for GST implementation and Covid was unconstitutional.