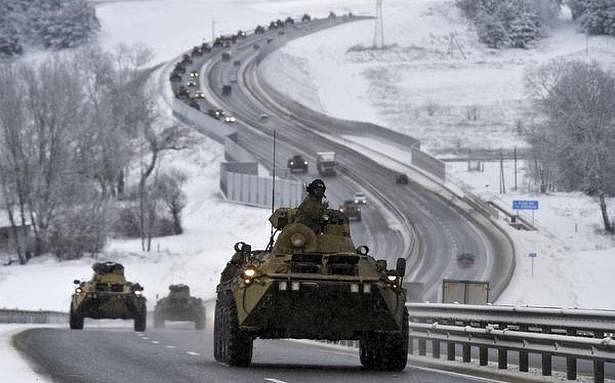 New Delhi: Amid fresh military buildup on Ukraine’s borders sparking fears of a conflict, the Indian Embassy in Kyiv on Tuesday asked its nationals, especially students, to consider leaving the country temporarily, citing the “uncertainties of the current situation”.

In an advisory, the Indian Embassy also asked Indians to avoid all non-essential travel to and within Ukraine.

It asked all Indians to keep the Embassy informed of their whereabouts in Ukraine in case the embassy needed to reach them. The Embassy said it will continue to function normally. The advisory read: “In view of the uncertainties of the current situation in Ukraine, Indian nationals in Ukraine, particularly students, whose stay is not essential, may consider leaving temporarily. Indian nationals are also advised to avoid all non-essential travel to and within Ukraine. Indian nationals are requested to keep the Embassy informed about the status of their presence in Ukraine to enable the Embassy to reach them where required. The Embassy continues to function normally to provide all services to Indian nationals in Ukraine.” Russia has deployed over 100,000 troops near the Ukraine border, leading to fears of an imminent attack. According to reports of the escalating situation, Germany’s Chancellor Olaf Scholz visited Ukraine on Monday and plans to visit Moscow today in what appears to be a last-ditch attempt to avoid a feared Russian invasion, that the US said could begin as soon as Wednesday. Scholz has previously issued a clear warning against any Russian attack on Ukraine. He has stated that any aggression from Russia will be met with heavy economic consequences, adding that the “territorial integrity of Ukraine is not negotiable”. “We are ready for very far-reaching and effective sanctions in coordination with our allies,” he said on Monday. Germany is a key trade partner for Russia in Europe and the biggest consumer of Russian natural gas. Japan too has warned of sanctions if Russia attacks Ukraine US President Joe Biden has warned that the US and its allies would respond decisively and impose swift and severe costs if Russia invades Ukraine. The US has also issued an advisory for its citizens to leave Ukraine immediately due to increased threat of Russian military action.