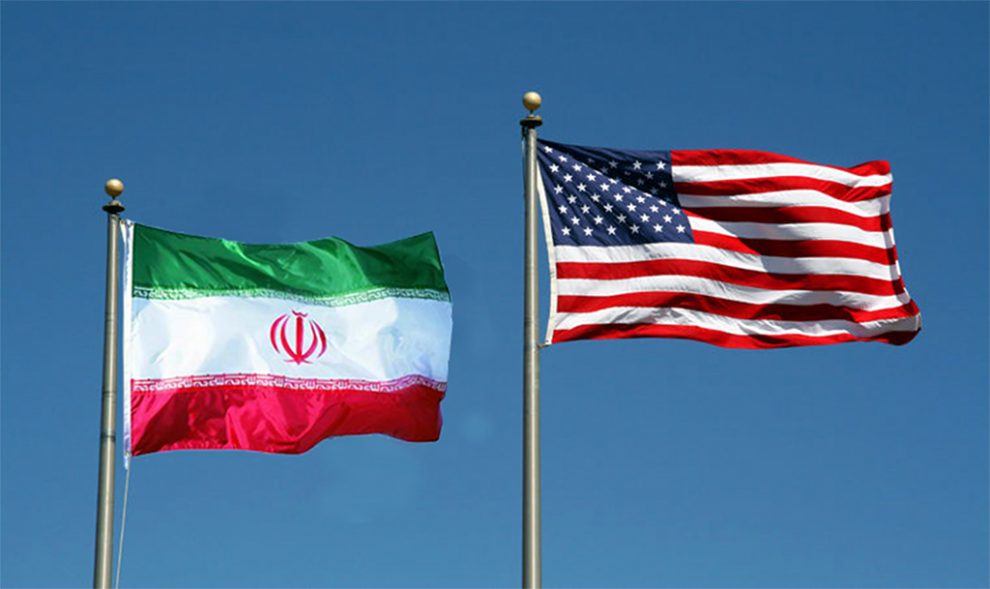 The history of U.S.-Iranian relations did not begin in 1979, and it did not begin in 1953. It began hundreds of years ago—when the United States was still a handful of British colonies and Iran was still known to the outside world as the Persian Empire. And it began with something much more interesting than hostile acts and mutual accusations about “original sins.”

When we choose to take this long-term approach to history, we discover something surprising. For hundreds of years, it turns out, well before their governments had any serious high-level interaction, the peoples of Iran and America looked at each other with a remarkable degree of fascination, admiration, warmth, and benevolence. In the 1720s colonial American newspapers wrote at length, and with great sympathy, about the political affairs of the Persian Empire. In the 1790s, Thomas Jefferson and John Quincy Adams studied Persian history as they looked for inspiration and guidance on how to run their new nation. From the 1850s to the 1920s, Persian newspapers constantly urged their readers to learn from America’s example and develop their country into a progressive, prosperous constitutional republic. In 1919 there were reports of pro-American riots on the streets of Tehran.

This is where the story of Iran and America really begins. And this is what has been missing most acutely from all our discussions of the subject. Well before governments in Tehran and Washington began to step on each other’s toes in our own lifetimes—well before the “Great Satan” and “Axis of Evil” speeches, well before Mosaddeq and the hostage crisis and Ayatollah Khomeini—relations between these two countries were animated by a spirit of common respect and mutual understanding.

It is this spirit—far more than any supposed original sins—that should mark the beginning of their interaction in the pages of history. And it is out of a desire to bring this history to light that this book has been written.

For the past forty years, Iran and the United States—once the closest of allies—have had almost no relationship at all. There have been no meetings between heads of state, no exchange of diplomats, no official channels for the two governments to express their concerns and views to each other. There have been no embassies, no trade missions, virtually no tourists, no student exchange programs, no military coordination or communication. Only very recently has there even been any contact between officials of the two countries.

This has created a gulf of understanding of epic proportions. Today decision-makers in neither country know, with any real depth or conviction, what their counterparts are thinking. Today an enormous chasm exists between Iran and the United States—the kind of chasm that, even in the darkest days of the Cold War, never existed between the United States and the Soviet Union.

To the uninitiated observer, the most obvious risk from this prolonged estrangement appears to be that of all-out war. But this is not the most pressing reason to study the history of U.S.-Iranian relations today. Certainly, tensions between the two countries do periodically flare up, to the point that a military confrontation appears imminent. But it would be a mistake to let these be the only moments that capture our attention. Understanding Iran—and the history of U.S. relations with Iran—is important not just because Iran is “the next country we might be bombing.” Iran is not just another crisis. It is not just another bushfire in the seemingly endless series of conflagrations and catastrophes that have engulfed the Middle East in recent years.

Iran is a nation of 80 million people. It is the second-largest country in the Middle East, both by population and by area. And it is an immeasurably important part of the region’s politics. For centuries, Iran has been at the crossroads of civilizations—a meeting place of cultures along the ancient Silk Road, and the key power along both the north-south axis between Russia and the Persian Gulf and the east-west axis between Asia and the Middle East. It is one of the world’s most important petroleum producers—sitting atop the world’s second-largest reserves of conventional crude oil and its single-largest reserves of natural gas. Iran controls maritime access to the Strait of Hormuz, gateway to one-fifth of the world’s oil supply. And Iran has one of the most dynamic, educated, and cosmopolitan populations in the Middle East—a population that, however it might sometimes appear, is far more modern, outward-looking, and comfortable with Western cultural norms than many of its neighbors. To be estranged from a nation like this— at any point in history, much less at a time when the Middle East presents such enormous challenges—would be senseless and self-defeating.

Iran is also, of course, the world’s only Shia nation. Although it is not the only nation with a Shia majority (neighboring Iraq is 60 percent Shia, and several other countries have sizable Shia minorities), Iran is the undisputed political leader of the Shia Muslim world. Its population is more than 90 percent Shia, and if you look at a map of the region broken down by religious allegiances, Iran emerges very clearly as the center of gravity of Shiism. Iran is to Shia Islam roughly what the Vatican is to the Catholic Church, or what Moscow once was for the Communist bloc. For the United States to close itself off to a country that exercises immense political leadership over one of the two major sects of Islam makes little sense under the current circumstances.

Finally, it is worth remembering that Iran is one of the world’s oldest, proudest, and most enduring civilizations. Unlike other countries in the region, Iran was not created by British or French colonial elites drawing lines in the sand or handing over power to native political elites. Rather, Iran has had three thousand years of (mostly) continuous nationhood, interrupted only by a period of foreign domination in the Middle Ages. Along with China, Egypt, Greece, and Ethiopia, Iran is one of the very few nationstates that can legitimately claim to have existed more or less continuously since antiquity. It is also one of only seven or eight nations that were never colonized by European powers. Culturally, historically, and politically, Iran has an extraordinarily strong sense of its identity and its regional significance. It is an unavoidable presence in any discussion of the Middle East.

For all these reasons, Iran merits close attention. And for all these reasons, none of us can afford to be overly complacent about the antagonism that exists between Iran and the United States today. Though it may not be obvious on a day-to-day basis, the poisonous atmosphere that has accumulated over the years between these countries has caused tremendous damage—to the United States, to Iran, to the Middle East, and to the world as a whole. It has become, in the words of the fourteenth-century Persian poet Hafez, a kind of “lingering sorrow of separation.”

It should now be blisteringly clear that America’s foreign policy in the Middle East is stuck—and that it is stuck in ways that could benefit enormously from an improved relationship with Iran. In Afghanistan, Iran’s eastern neighbor, U.S. troops have struggled for nearly two decades trying to defeat Taliban, al-Qaeda, and other Sunni radical groups—unable to capitalize on Iran’s deep, long-standing ties with local tribal forces (or its hatred of the Taliban, which dates back to the 1990s). In Iraq, Iran’s western neighbor, America has expended prodigious amounts of money and manpower since 2003 but has not been able to capitalize on Iran’s great influence with the Shia population there (or its same basic desire to see stability and order prevail). In Syria, Lebanon, and the Palestinian territories—where America’s most important ally, Israel, feels surrounded by enemies—Iran has built up a formidable array of alliances and could play a decisive role in either advancing or undermining any potential peace agreements. Even in unexpected places, like Yemen, Bahrain, and Egypt, Iran has relationships with local actors that could be leveraged in a very different direction if circumstances ever allowed for it.

In short, there is not a single problem the United States is dealing with in the Middle East that cannot be traced, in one way or another, to its dysfunctional relationship with Iran. And there is not a single problem that would not, to some degree, benefit from an improvement in that relationship. For forty years, America’s attempts to advance its interests in the Middle East have suffered immeasurably because of this relationship of bile and hostility that exists with the Islamic Republic. Yet that same relationship, paradoxically, could prove to be the key that unlocks so much—if only it were allowed to turn in the opposite direction.

Excerpted with permission from America and Iran: A History, 1720 to the Present, John Ghazvinian, Oneworld Publications. Read more about the book here and buy it here.

Join The Dispatch Whatsapp Group to stay updated
The Dispatch is present across a number of social media platforms. Subscribe to our YouTube channel for exciting videos; join us on Facebook, Intagram and Twitter for quick updates and discussions. We are also available on the Telegram. Follow us on Pinterest for thousands of pictures and graphics. We care to respond to text messages on WhatsApp at 8082480136 [No calls accepted]. To contribute an article or pitch a story idea, write to us at [email protected] |Click to know more about The Dispatch, our standards and policies
TagsAmerica and Iran John Ghazvinian Middle Eastern World History Oneworld Publications