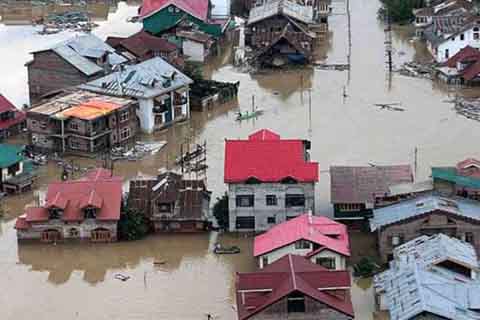 Only Rs 1.94 crore utilized against financial outlay of Rs 2000 crore

SRINAGAR: The ambitious project of setting up of small hydro projects in Jammu & Kashmir under the Prime Minister’s Development Package (PMDP) has come to a grinding halt.

Documents in possession of news agency—Kashmir News Observer (KNO) lay bare that only Rs 1.94 crore has been utilized for setting up the small hydro projects in the UT till date against the financial outlay of Rs 2000 crore for it under the package.

According to the documents, out of 23 projects proposed to be set-up under the package, only three have awarded or are under process of award.

Of 23 small hydroelectric projects proposed to be set-up under the package, seven are in range of 2-10 megawatts and 16 of 10-25 MWs.

An official of Power Development Corporation, wishing not to be named, said that there has been no progress under these projects due to Centre’s “cold attitude”.

“So far we have been able to tender one project and two are under the process of tendering. How can we award the projects when the Centre has neither sanctioned the projects nor released funds?  We have taken up the matter with both Centre as well as administration of J&K umpteenth times but there has been no positive response at all,” he said.

He admitted that there has been negligible progress under the project so far.

“How can we tender out these project when we are not sure about their funding? DPRs of these projects are ready. We have prepared DPRs of 19 projects and remaining are under process,” he said—(KNO)