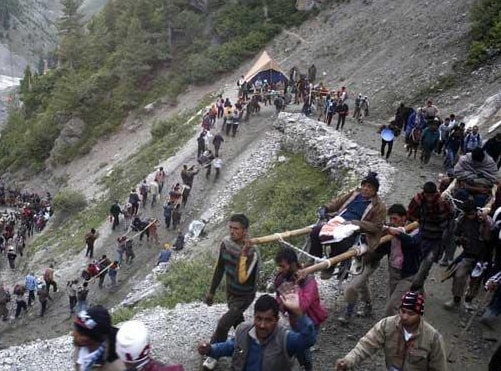 SRINAGAR: After remaining suspended for a day, Amarnath Yatra resumed on Wednesday with improvement in weather conditions in Jammu and Kashmir, officials said here.

An official told that Yatra has resumed through both routes from Chandanwari and Baltal in Pahalgam and Ganderbal areas respectively.