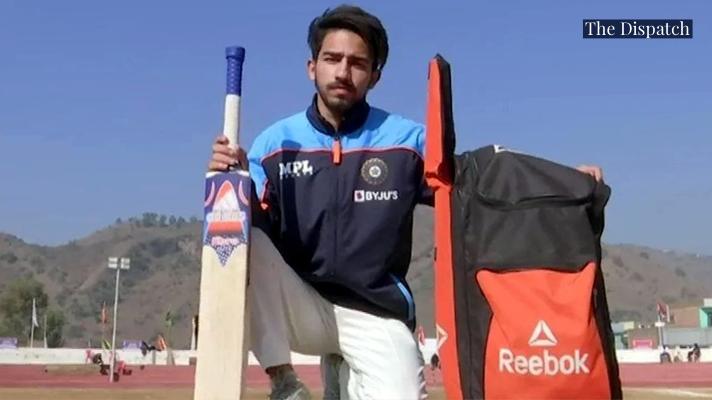 Jammu: Amaan Zari, a brilliant and ambitious teenager from Rajouri, has been selected for the Under-19 Indian cricket team for the forthcoming four nations Cup to be played in Dubai.

Amaan is the first youth from Pir Panjal region of Jammu and Kashmir to represent India at this level of cricketing forum.

A former student of Delhi Public School (DPS Rajouri) Aman enrolled at the Aligarh Muslim University for the higher schooling.

For improving his cricketing skill Amaan had joined the Cricket Academy of Pathans (CAP) where he was coached by cricketing legend Bruce Adams. Amaan gives the credit of his success to Bruce Adams.

Join The Dispatch Whatsapp Group to stay updated
The Dispatch is present across a number of social media platforms. Subscribe to our YouTube channel for exciting videos; join us on Facebook, Intagram and Twitter for quick updates and discussions. We are also available on the Telegram. Follow us on Pinterest for thousands of pictures and graphics. We care to respond to text messages on WhatsApp at 8082480136 [No calls accepted]. To contribute an article or pitch a story idea, write to us at [email protected] |Click to know more about The Dispatch, our standards and policies
TagsAmaan Zari Cricket Academy of Pathans India U-19 The Dispatch