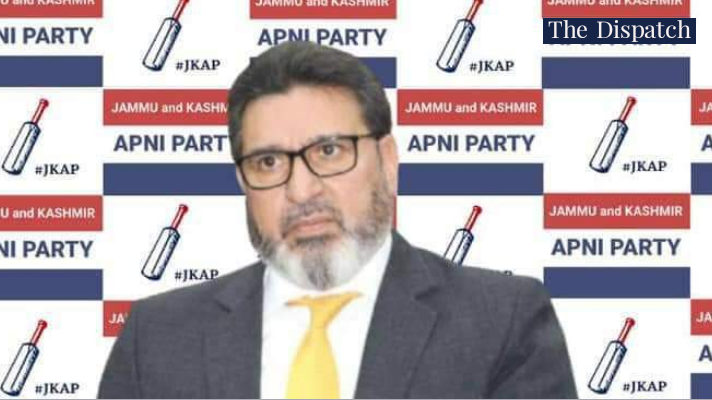 Syed Iqbal, 89, was father of Syed Altaf Bukhari, former Minister and president of the Apni Party.

He was ailing for some time. The end came at the SKIMS hospital in Srinagar, earlier this morning.

Syed Iqbal Bukhari was a government official before turning as full time businessman. He had served, till his retirement, in the department of Revenue. While Syed Altaf was never directly into politics but he was closely associated with key political figures.

According to family and party sources, Syed Iqbal’s body shall be laid to rest at Ladoora, Rafiabad, in Baramulla district after the Asr, or afternoon prayers. Besides Ladoora, a funeral prayer shall also be held in Srinagar.

Several leaders of Apni Party, other parties and civil society members have grieved on the demise of Syed Altaf. They sent their condolence messages to Altaf Bukhari.

Meanwhile, Apni Party State Vice President, Youth Wing, Raqeeq Ahmed Khan expressed shock over the demise of noted industrialist Iqbal Bukhari.
In his condolence message, Raqeeq prayed for the eternal peace of the departed soul and courage to the bereaved family members to bear this irreparable loss.
He said that Iqbal sb was a respectable person who worked for the poor and downtrodden section of society.
At this difficult situation, he said, “We stand with the family members.”

Join The Dispatch Whatsapp Group to stay updated
The Dispatch is present across a number of social media platforms. Subscribe to our YouTube channel for exciting videos; join us on Facebook, Intagram and Twitter for quick updates and discussions. We are also available on the Telegram. Follow us on Pinterest for thousands of pictures and graphics. We care to respond to text messages on WhatsApp at 8082480136 [No calls accepted]. To contribute an article or pitch a story idea, write to us at [email protected] |Click to know more about The Dispatch, our standards and policies
TagsAltaf Bukhari Apni Party