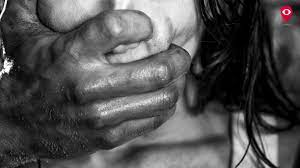 SRINAGAR: Jammu and Kashmir police arrested a person and filed a case against him for allegedly molesting a six-year-old girl in Srinagar.

Locals and family members told that a minor girl was allegedly molested by a person in a Srinagar area on March 31 after which they approached the police. Today, locals and family staged a protest demanding punishment for the accused.

A top police official said that case of alleged molestation has been registered on the complaint of the victim’s family as there was no rape as per the initial probe of the police.

“We have arrested the accused and the FIR number 27/2022 under section 376 and POSCO Act has also been registered,” the official said—(KNO)

Tourist Department rolls out first hot-air-balloon ride for tourists, locals at Zabarwan Park
Student critically injured after being alleged beaten by group of students in Kupwara; 3 arrested, hunt on for 2 others says Police
Comment