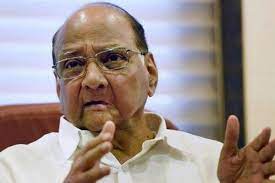 The all-party meeting called by Nationalist Congress Party chief Sharad Pawar has begun at his New Delhi residence on Tuesday where he is meeting leaders from several political parties to discuss the current situation in the country.

CPI MP Binoy Viswam arrived at Pawar’s residence for the meeting of Opposition leaders and said, “It is a platform of all secular, democratic Left forces against a most hated govt that has failed. The country needs a change. The people are up for a change.”

Pawar decided to convene the meeting shortly after his long meeting with political strategist Prashant Kishor on Monday. This was the NCP supremo’s second meeting with the poll strategist in the past two weeks amid speculations of a joint opposition onslaught against the Bharatiya Janata Party ahead of the 2024 general elections.

Kishor had spearheaded the BJP’s 2014 Lok Sabha poll campaign, but later took several opposition parties such as the Trinamool Congress, Aam Aadmi Party and the Dravida Munnetra Kazhagam to resounding victories in their respective state polls.