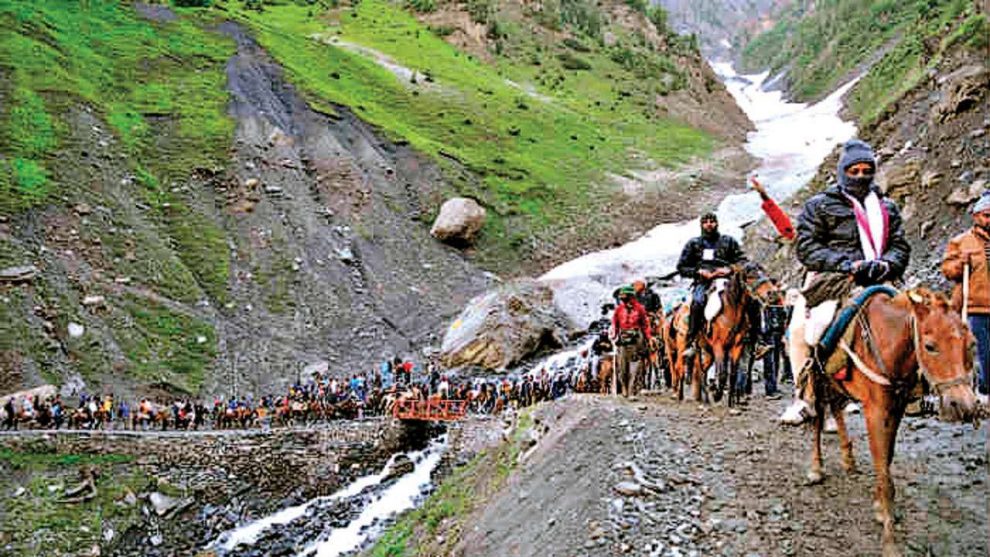 JAMMU: CRPF personnel, who will be deployed for the Amarnath Yatra in Jammu and Kashmir, are being sensitised about the threat posed by “sticky bombs”, a senior officer said on Wednesday, asserting that alertness is the best way to deal with the problem.

In a first of its kind seizure in February last year, the Border Security Force (BSF) confiscated a drone-dropped consignment along the International Border in Samba district which included 14 improvised explosive devices (IEDs) with in-built magnets.

These could be used as “sticky bombs” by sticking them on vehicles and controlling them using a timer and a remotely-held device.

“There is no way but alertness to deal with the problem. In our area of responsibility, security deployments will be put on alert and jawans will be sensitised about the threat,” he told reporters after inaugurating the inter-battalion weight lifting competition of CRPF units here.

The 43-day-long pilgrimage to the Himalayan shrine is scheduled to start on June 30 from the twin routes – the traditional 48-km Nunwan in south Kashmir’s Pahalgam and 14-km shorter Baltal in central Kashmir’s Ganderbal — after a hiatus of two years owing to the Covid pandemic.

The alertness of security forces foiled several other attempts by terrorists to carry out attacks using “sticky bombs” in the past over one year with the latest being timely detection of one such IED on the Sidhra bypass in the outskirts of Jammu on April 28.

Earlier, four IEDs fitted with sticky bombs were seized each from Poonch district in August and September last year.

The CRPF officer said security arrangements related to the Amarnath Yatra are underway and all the agencies are playing their role. “Like yesteryears, we will ensure successful culmination of the Yatra,” Yadav said.–(PTI)

Will accept whatever court verdicts on Yasin Malik: BJP
Situation in Sri Lanka should serve as a wake up call for India : Mehbooba Mufti
Comment