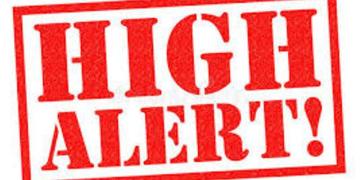 Rajouri, Dec 03: Jammu and Kashmir police here in Rajouri Thursday averted a possible militant strike after recovery of a Chinese Hand Grenade near vital establishments and offices of police and army at Gujjar Mandi. Investigations have been started to find out how the explosives reached the spot.

Official sources told news agency—Kashmir News Observer (KNO) that on Thursday evening an information was received by police after which a team headed by SHO Rajouri Sameer Jillani launched search operation on road passing from back side of district administration complex where a Chinese hand Grenade packed in a black colour polythene was recovered that was kept hidden behind an electricity pole.

“The grenade was seized from the spot and taken into possession by police after which a case under relevant sections of law including explosives act was registered in Rajouri police station.” the sources said.

They added that at a time when police was yet to finalise the initial legal proceedings in case of recovery of grenade, some passer by noticed a suspected material lying on the said road at a distance of around three hundred meters from the site where grenade was recovered.

They added that the suspected object containing a tape recorder was destroyed on the spot through controlled mechanism and residuals were seized.

Official sources further told KNO  that busy road remained closed for over three hours and area was properly cleared and sanitised by army and police squad after which it was opened for traffic.

“Prompt action of police on the basis of information averted a possible militant strike using hand grenade with initially it looks like as if either the office complex housig DM, DIG, SSP offices or Army’s Ace of Spade Division’s Landing Ground was on target as the road is located in between both of these.” the official sources said.

They further said that security alert has been issued after these two incidents with registration of cases and investigation into the matter is going on besides hunt to nab the people involved in the incident .

SSP Rajouri Chandan Kohli said that grenade was recovered during search alongside road after which a case has been registered and investigation is going on.

“Another suspected IED like object was found lying on road which has been destroyed with no explosive has been recovered in it,” SSP Rajouri further told KNO

Each DDC will have 5 standing committees
Read an excerpt: About the stature of Subhash Chandra Bose in the Congress, his relationship with Gandhi, and his equation with Nehru
Comment