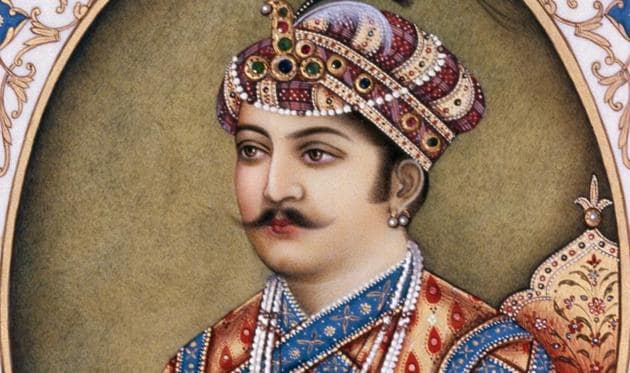 In July 1540, Mirza Haider, Babur’s young cousin and uncle to his four sons – Humayun, Kamran, Askari and Hindal – arrived in Lahore and could hardly find a place to stay. The ‘throng was so great’, he wrote, ‘that it was difficult to move about, and still more difficult to find a lodging’. The crowds were not celebratory, however; no grand coronation was in the offing, no festival or pilgrimage in progress. Instead, a great darkness was descending upon the city. Its streets were panicked, its inns sold out and its gardens packed with tents; all for one reason: a kingdom was crumbling and Lahore was its last refuge.

A little over six weeks earlier, the armies of Humayun, the second Mughal ‘padishah’, and Sher Shah, the ambitious Afghan general, had faced each other on the banks of the Ganga, in Kannauj. As the north Indian summer crept up on them, there was an occasional skirmish, and more than occasional desertion. Haider, commanding a contingent of Humayun’s troops, saw little more than reluctance animate his side. A ‘heated feeling ran through the army’, he would write later, caustically, ‘and the cry was, “Let us go and rest in our own homes.”’

Thunderclouds gathered, ‘with tumult, like rutting elephants’, showing more appetite for battle than the Mughal men. The rain was turning the ground to mush, making it impossible to camp and imperative, therefore, to battle. On 17 May 1540 – which was also Ashura, the tenth of Muharram, the day of Husain’s martyrdom upon the bloody battlefield of Karbala – Humayun and his 40,000 men charged a 15,000-strong force led by Sher Shah at Kannauj.

Perhaps ‘charged’ is not the right word. Haider remembers how there were twenty-seven Mughal contingents between him and the river, each marked by the fluttering banner of its commander. On the day of the battle, however, not one of these brave banners was to be seen, ‘for the great nobles had hidden them in their apprehension’.

Defeated before the fighting began, the reluctant commanders packed off their untrained servants, ghulams, to the front. No sooner did these men see Sher Shah advance than they were possessed of an urge to get out of his way. The resulting chaos destroyed any semblance of discipline in the Mughal army – ‘the whole array was broken’, writes Haider – and before a gun could be fired or a commander wounded, it was each man for himself, commander and ghulam racing each other to the river in desperate flight.

Humayun’s own fate was humiliating. His water carrier and future biographer, Jouher, recalls how ‘an Afghan clothed in black’ struck Humayun’s horse with a spear. Even with his horse injured and his army in a shambles – Afghan soldiers were looting Humayun’s artillery in front of his eyes – the emperor remained eager to fight, until a more sensible and anonymous hand grabbed the reins of his mount and led him to the river. Here, Humayun recognized an old elephant that had once belonged to his father, and climbed upon its back, only to realize that its driver was marching him towards the enemy. A eunuch he found hiding in the howdah whispered to Humayun to ‘take off the fellow’s head’. Sensible advice, but Humayun knew nothing of driving an elephant; he would be stranded without a mahout. The eunuch assured the emperor that he knew a little about riding elephants and would take them to safety. Hacking at the treacherous driver with his sword, Humayun managed to push him to the ground, then, somehow, to cross the river – only to find the riverbank so steep he couldn’t climb up it. Eventually, two camp men saw him and tied their turbans into a rope, by which the hapless emperor, soaked and dishevelled, clambered ashore.

Abul Fazl, Akbar’s historian and greatest admirer, wrote the official and approved account of this debacle in his Akbarnama, ridding the story of its more farcical bits. In his telling, the emperor, ‘mounted with firm foot on an elephant’ – there is no mention of the eunuch who helped him ride it – made his way across the Ganga’s swollen waters, and climbed ashore with manly dignity, aided by one Shamsuddin Muhammad of Ghazni, a soldier whose helping hand would gain him the highest rank in the years to come.

For the moment, however, neither emperor nor soldier could hope for more than staying alive. That noon, writes Haider, Humayun had 17,000 men under his command; now, he rode alone upon a borrowed horse, his head bare and his feet unshod.

It wasn’t just his shoes Humayun had lost, but also his spirit. Riding ragged from Kannauj towards his capital, Agra, he began to speak of the women in his harem in doleful, ominous tones. Would it not be best to avert the dangers of defeat, the fate worse than death . . .? Humayun’s youngest brother, Hindal, told the emperor to stop it. ‘What it would be to your Majesty to kill a mother and a sister . . .!’ cried the chivalrous prince. ‘So long as there is life in me, I will fight in their service. I have hope in the most high God, that, poor fellow as I am, I may pour out my life’s blood for my mother and my sisters.’

The emperor was not wrong to worry, however. News of his defeat was travelling faster than he was: less than halfway to Agra, the retreating army was stopped in its tracks by 3000 villagers of Bhangaon, these ‘peasants’, writes Jouher, being ‘in the habit of plundering a defeated army’. Humayun sent orders for his brothers Hindal and Askari, with their cousin Yadgar Nasir, to disperse the villagers, but the men began to squabble instead. Askari was fed up of fighting and ‘delayed to proceed’, at which Yadgar Nasir took out his horsewhip and began to ply it upon the recalcitrant prince, shouting that things would never have come to such a wretched pass if it weren’t for Askari’s ‘discord’.

His brothers, it is true, had not been pillars of support during Humayun’s brief reign. Now, in almost as much danger of killing each other as of being waylaid by opportunist marauders – ‘sedition raised its head on every side’, writes Abul Fazl – the princes mustered the wits to drive back the men of Bhangaon, galloped to Agra, and from there, ‘broken and dispirited’, fled north.

So it was that in July 1540, a decade after Babur died and left his progeny to grow his Hindustani kingdom – a brushstroke of land running south-east from Peshawar to Patna, with its capital in Agra, and precarious toeholds in Rajasthan and Malwa – his family huddled in Lahore, the only Hindustani city they had left, to see how, if, they might salvage their inheritance. Humayun, Askari and Hindal each arrived in Lahore separately, and set up separate camps. The fourth brother, Kamran, was already in the city, having declined any part in the battle at Kannauj. Besides the brothers, there was their cousin Yadgar Nasir, their uncle Mirza Haider, their various mothers, aunts, sisters and wives, and, of course, a great many chiefs of wavering allegiance.

Excerpted with permission from Akbar of Hindustan, Parvati Sharma, Juggernaut Books. Read more about the book and buy it here.

P. C. Mahalanobis, the author of India’s second five-year plan, played a crucial role in crafting independent India’s economic strategy
“Techproof Me”: This book is the ultimate guide that can help readers remain relevant in the world of ever-changing technology
Comment