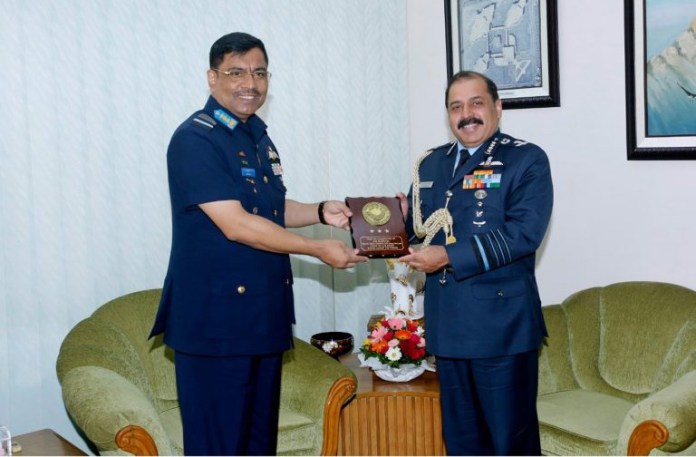 Air Chiefs of both the countries discussed issues of bilateral interest and expressed hope to continue mutual cooperation to strengthen the existing relationship between the two countries.On arrival at the BAF Headquarters, Air Chief Marshal Bhadauria was presented a guard of honour by a BAF contingent.

Earlier, the Air Chief visited the Shikha Anirban at Dhaka cantonment to pay homage to the members of armed forces martyred during the liberation of Bangladesh in 1971 by placing a floral wreath. He also visited the Helicopter Simulator Institute of BAF and BAF museum and other military and civilian installations.

Air Chief Rakesh Bhadauria arrived in Dhaka on  a three day visit on Saturday. He will be the Chief Guest of the Commissioning Ceremony on the occasion of President Parade 2021 at BAF Academy, Jessore. This is the first time that an Indian Air Chief would have the honour of reviewing the parade at BAFA.

Free tourist visas will be given to the first 500,000 tourists.
Piyush Goyal says all e-commerce companies should follow Indian laws
Comment