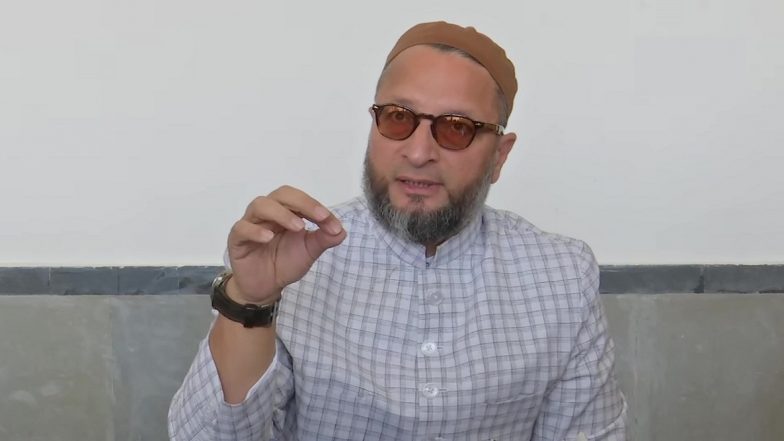 The All India Majlis-e-Ittehad-ul-Muslimeen (AIMIM) party will contest the next year’s Uttar Pradesh Assembly elections on 100 seats, confirmed party chief Asaduddin Owaisi on Sunday. He said the party has started the selection process of candidates.

Owaisi also announced that the AIMIM has stitched up an alliance with Om Prakash Rajbhar-led Bhagidari Sankalp Morcha (BSM) and “nobody else” for the upcoming UP polls. It should be noted that OP Rajbhar is a former NDA ally who broke away from the BJP over his differences with UP CM Yogi Adityanath.

The announcement has come barely hours after Bahujan Samaj Party (BSP) chief Mayawati categorically denied any alliance with the AIMIM for the Assembly elections in Uttar Pradesh.

Yesterday, UP AIMIM chief Shaukat Ali announced that the party will field candidates in Muslim-dominated areas in the state’s western, central and eastern region.

“We have only one agenda, which is the development of Muslims, but that does not mean we are opposed to others. We have started screening candidates, and we want good candidates, not necessarily only Muslims,” he told media.

While it will be AIMIM’s first electoral entry in Uttar Pradesh, OP Rajbhar’s Suheldev Bharatiya Samaj Party (SBSP) is a seasoned party in the country’s most populous state.

The SBSP had won four seats in the last UP Assembly elections and joined hands with the BJP. Rajbhar was even given a ministerial post in the UP government but in 2019, he fell out with the BJP over differences with Yogi Adityanath.

The next Uttar Pradesh Assembly elections are likely to be held between February and March in 2022 to elect 403 members. The term of current assembly elected in 2017 will expire on 14 March 2022.