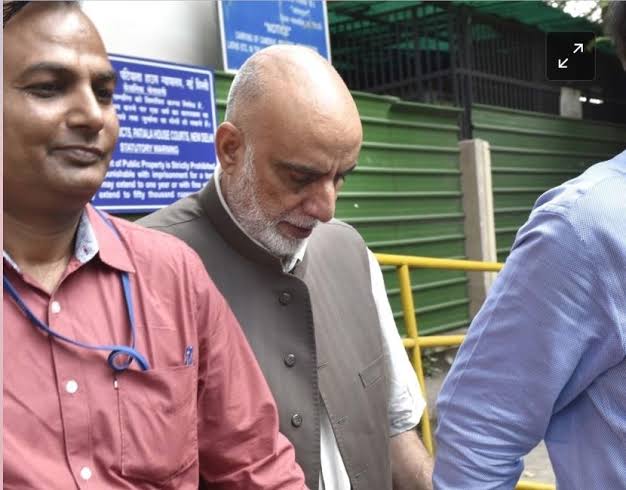 NEW DELHI: Kashmiri businessman Zahoor Watali, arrested by the National Investigation Agency in 2017 in a militant financing case, has been moved out of jail and put under house arrest to facilitate treatment for a terminal disease.

A special NIA court earlier this month rejected Watali’s application for a regular bail, but took a compassionate view of his illness and allowed him to avail treatment from house but in judicial custody.

Taking into consideration the advice of doctors from a private hospital as well as those from the AIIMS, the special NIA court said Watali’s bail application deserves dismissal as it has been rejected by the Supreme Court.

However, till further orders, the court said, Watali could be moved to a house from where he shall be allowed to visit hospital for his treatment or diagnostic centre for test.

”During the period of house arrest of the accused, except his immediate family members and the lawyer, nobody shall be allowed to visit the accused,” the court order said.

The court said the accused is aged and his health condition is precarious and he needs to be treated immediately as well as given assistance for his daily activities, for which he needs to be outside the jail.

”But the seriousness of the offence precludes me from granting him regular bail. Thus, I find that it is a fit case for immediate removal of the accused from jail and put him in judicial custody under house arrest,” the judge said.

The counsel for the accused had opposed his house arrest on the plea that his grandchildren would form an adverse opinion about him as they were not aware about him being in custody.

Understanding the anxiety expressed on behalf of the accused, the judge said, ”The children will have to be confronted with the truth but the fact that taking the accused out of the jail can save his life outweighs the disadvantage of breaking the news of his custody to his grandchildren.” The NIA arrested Watali in August 2017 for his alleged links to a Jammu and Kashmir militant financing case.

The NIA said in its charge sheet that the probe was based on scientific and oral evidence, which had ”conclusively established that for carrying out all these terrorist and subversive activities, the gang of the accused persons is receiving funds from Pakistani agencies through hawala conduits such as accused Zahoor Ahmad Shah Watali and others and also raising funds by generating illegal profits from LoC barter trade by doing under-invoicing and cash-dealings”.

Watali had been granted bail by the Delhi High Court, which was turned down by the Supreme Court, saying ”ample material has been collected to show the linkages between the Hurriyat leaders of the Jammu and Kashmir and militants/militant organisations and their continuous activities to wage war against Government of India”.

While cancelling the relief granted to Watali, a bench of Justices A M Khanwilkar and Ajay Rastogi had said in 2019 the high court ”adopted an inappropriate approach” while considering his bail plea by discarding all the material and evidence placed on record before it by the National Investigation Agency (NIA).

”The elaborate examination or dissection of the evidence is not required to be done at this stage (of grant of bail). The court is merely expected to record a finding on the basis of broad probabilities regarding the involvement of the accused in the commission of the stated offence or otherwise. From the analysis of the impugned judgment (of the high court), it appears to us that the high court has ventured into an area of examining the merits and demerits of the evidence,” the bench had said.–(PTI)