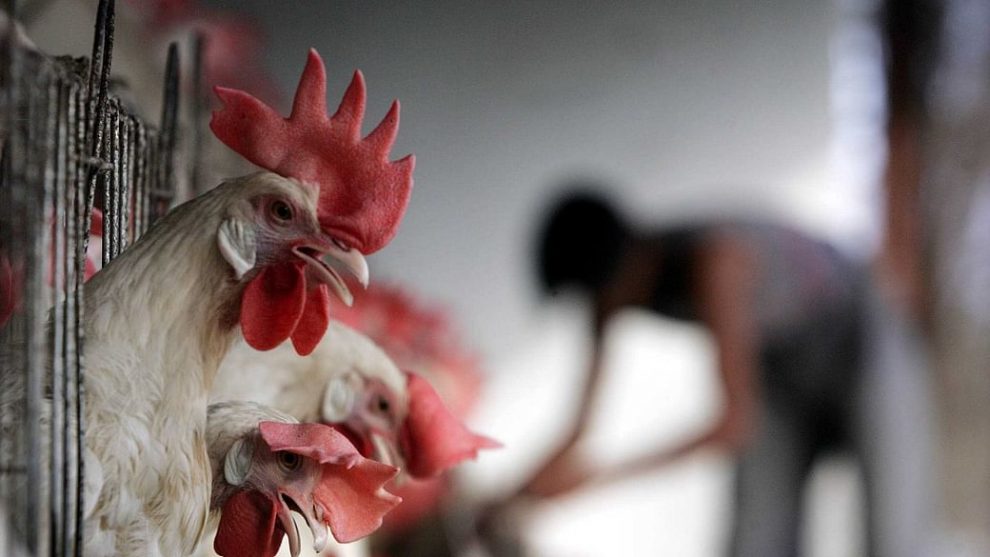 Gods continue to be angry. Even as we eagerly await vaccination against Covid 19, bird flu has come to haunt India once again. Epitomised by its outbreak in five States, Rajasthan, Madhya Pradesh, Himachal, Kerala and Haryana with UP, Maharashtra, Odisha, Chhattisgarh, J&K and Delhi also witnessing unusual deaths of poultry, crows and migratory birds which have been put on high alert. Succinctly, confessed a hapless Animal Husbandry official, “It is horrible.”

But is that enough? Does it condone and justify the Government’s delayed action and mismanagement? Moreso, as Animal Husbandry junior Union Minister Balyan asserted “It is only a localised spread restricted to certain parts of some States and not a major threat…. It is not something new; has been happening every year since 2015. Really? You could have fooled me.

Obviously, he was ignorant about the genesis of the flu.  Maharashtra reported an outbreak in 2006 while Odisha, Tripura and West Bengal have reported repeated occurrences of the infection in domesticated and wild birds. Between 2006 and 2018, the country reported 225 epicenters of bird flu infection which led to the culling of 83.49 lakh birds.

Sadly, it is not only our lackadaisical attitude to this infection but also other diseases. Exposing the tragic fallacy of India and spotlighting once again our rulers cavalier and churlish attitude to disease. Underscoring, the political and administrative callousness towards human life. Citizens apart from sterile numbers don’t count for much!

A case in point. Many poor people, especially children, die of entirely curable ailments and most tragedies are a result of poor health care facilities. Shockingly, there is a shortage of over 600,000 doctors and two million nurses, says a Centre for Disease Dynamics, Economics & Policy study. Only 58% of those who refer themselves as doctors in cities have a medical degree; in rural areas the proportion is just 19% and a third of ‘doctors’ have only secondary school education.

Further, there is only one allopathic doctor per 10,189 people, only one hospital bed per 2046 persons and one State-run hospital per 90,343 people and one million allopathic doctors for 1.3 billion people of which only 10% work in the public health sector. Three thousand children die of malnutrition every day, 14.9% of our population is undernourished and nearly one million die   annually due to scarce healthcare facilities.

Certainly, it is not difficult to generate more doctors if a State Government is willing to devote resources for it. So why don’t Governments do this? Importantly, why don’t voters punish leaders? What stops politicians from socially deprived groups from working to overhaul health  services?

Primarily because for our leaders and Parties health is a non-issue as only caste and religion garner votes so funds are diverted towards placating voters and building on existing identity-based polarisation. Thus, they ignore health policy incentives. For, if our netagan feared retribution for failing to perform health duties, they would have gone out of their way to improve matters.

Moreover, as caste hierarchy is closely linked to economic backwardness, those at the bottom of the social ladder bear a disproportionate burden of poor provision of health care services. Child mortality is the highest among poor households and SC and STs which are the most backward social groups. In contrast upper caste and wealthy people have lesser health issues.

Consequently, India’s healthcare system is in shambles which makes us particularly vulnerable to disease. For bird flu is only the latest in a series of reversals in public health hazards which India has been experience in recent times. Dengue, chikgunaya, malaria is back, gastro-entritis is spreading like wild fire. Then comes the resurgency of Kala Azar, Japanese encephalitis, viral hepatitis and protein energy malnutrition.

Appallingly, the country spends just 1.4% of GDP on healthcare which underscores why our healthcare needs have remained underserved specially for the poor leaving them at the mercy of private hospitals, who shun them. Medical facilities are ill equipped to handle the number of patients. There are two-three patients on one ICU bed, lack of hygiene and creaking, leaking roofs.

Rats nibbling on a new born’s ears and stray dogs moving about in gynecological wards no longer make news, as they are common occurrences in Government hospitals in urban and rural areas. Coupled with medical apathy, severe resources crunch, medical staff, inadequate number of doctors functioning in unhygienic conditions, shortage of medical equipments with 70% machines out of order including oxygen resulting in infections are some of the reasons behind this shoddy state of affairs.

India will be under intense pressure to control tuberculosis incidence and mortality from rising. “If a child doesn’t die within five years from birth due to malnutrition and diarrhea, acute respiratory infections will get him later”, remarked a WHO official. While doctors medicate prayer to combat these! Last year over 140 children died of Acute Encephalitis Syndrome in Bihar, the State Government received a lot of flak for its poor health infrastructure but it was water of a ducks back

Perhaps it is time for the Government to realise that economic reforms without restructuring in social sectors can become a bane in themselves as the entire system can crumble if its social sectors are weak and fragile. It needs no rocket science to appreciate that illiterate workers are not the most productive ones, malnutrition and diseases cause high rate of infant mortality which, in turn, inhibits population control.

True, the BJP Government has made a beginning with Ayushman Bharat but it does very little for primary healthcare, despite 1.5 lakh health and wellness centres being set up. However given the budgetary allocation of less than Rs 1 lakh per centre it boils down to minor upgrading of existing primary healthcare centres. While some have made provisions of free medicines but it has not been successful. Worse, centres are open intermittently, doctors and nurses are often missing and health providers have hardly any medical qualification.

This is not to detract that some States have done well compared to others. Take UP and Kerala, the latter surged ahead because it paid greater attention to health care facilities unlike UP.  Perhaps it is due to leaders exploiting sectarian fault-lines. While Kerala launched a huge effort to contain the damage post floods in 2018, Bihar where floods cause havoc ever year, its Government’s only mouth platitudes.

What next? Special attention needs to be paid to the problems created by burgeoning population and its impact on local eco-systems, growth of urban slums, environmental insanitation and decay, conditions favourable for proliferation of insect vectors carrying pathogenic microbes, stagnant water bodies, rise of drug resistance and changing life styles.

The country should be prepared to exploit the windows of opportunity provided by scientific advance for prevention and control of diseases and not allow complacency to set in. Protection of public health is a matter of eternal vigilance. To foresee is to govern.

The Government must recognize and train informal healthcare providers, expand the number of MBBS doctors and trained nurses and introduce other intermediate degrees for practising a limited range of healthcare. And develop a set of cell-phone-based checklists for treatment protocols for practitioners to use to react to common symptoms they face. Time to learn the ABC of health. The bottom line? Provide better health services as disease cannot be fought and won without a struggle to reduce, if not eradicate, ethnic tensions in society. The Government needs to follow a ‘womb to tomb’ policy of keeping every citizen healthy.  What gives?