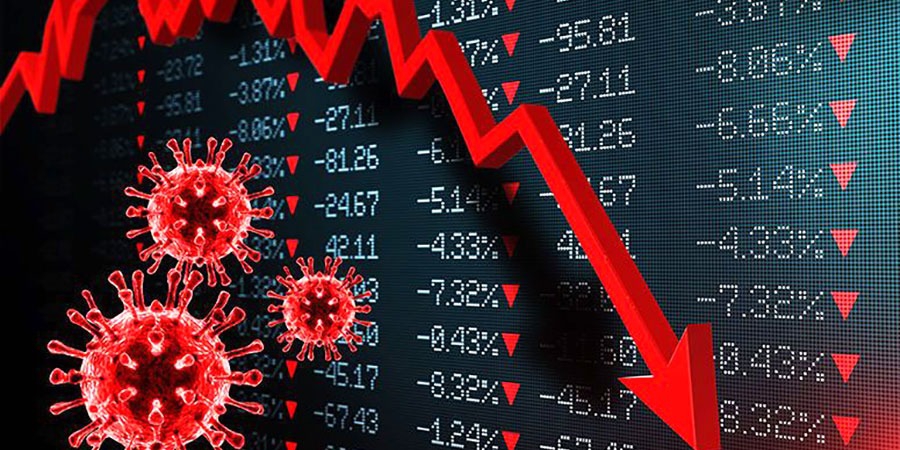 In the midst of the economy being hit severely and government suffering a financial crunch, Prime Minister Modi’s announcement of giving free vaccines to all States and extending the Pradhan Mantri Garib Kalyan Anna Yojana (PMGKAY) till Diwali this year, which entitles beneficiaries to 5 kg free foodgrains every month, South Block would need to do a juggling act with finances. Judging the economy from merely GDP growth, which too has been lowered to around 8.5 percent by various agencies, is erroneous viz the ground reality at grass-root level and the income of lower segments of society.

A case in point is a recent petition in the Supreme Court filed by NGO, Distress Management Collective, pleading that the Reserve Bank of India and banks should be directed not to declare any assets of borrowers as NPAs for non-payment of EMIs. This, at least for the period from April to August this year and consider rolling out a financial package primarily focusing on “the severely affected sections of society and also keeping in mind an imminent third wave”. The petition stated that the second wave of Covid-19 is pushing India’s middle class towards poverty with an estimated 32 million people losing their jobs and sources of livelihood.

It would not be difficult for even a student of economics to understand the quantum of job loss, the under-nutrition of children, the ongoing severe sufferings of EWS, poor and the underprivileged since the beginning of last year. Added to this, the after effects of cyclones last year and this year has made matters bad from for worse for the poor. The extent of poverty and squalor has been ravaging at least 30 to 35 per cent of the population.

The CMIE report on loss of jobs and growing unemployment is thus alarming. Over 15 million jobs were lost during May while the urban joblessness rate hit 18 per cent in the week ending May 30, the highest in the past one year. “Employment fell from 390.8 million in April 2021 to 375.5 million in May 2021. This translates into a loss of 15.3 per cent million jobsor a 3.9 per cent fall in employment” in May. April and May witnessed a particularly severe fall in employment and it is understood that this accounts for 22.7 million of the 5.8 million job losses in the past four months.

The Congress party termed 2020-21 as the “darkest year of the economy” in four decades and accused Prime Minister Modi of refusing to pay heed to good advice and global experience of management during the pandemic and lockdown. The combined reports of CMIE and also research and survey of Azim Premji University have concluded that 23 crore people have been pushed below the poverty line and into indebtedness and worse the figure is likely to have increased by May-end.

The resource crunch, has forced the government to turn a blind eye to the problems being faced by particularly migrants, unorganised workers and daily wage earners, who have been worst-hit. All that the Centre has done is giving five kg of free grains for individuals, enlisted under NFSA through the Public Distribution System for May and June But the allocation for MGNREGA has been just Rs 73,000 crore, which is around Rs 38,500 crore less than that of the revised estimate of the last fiscal.

According to one estimate, total households demanding MNREGA work in the next two months would be somewhere around 30 per cent more than that of 2019-20 during the same period; six crore households are expected to be working in the programmeinthe current fiscal. At the current rate of Rs 268 per day per person, at least Rs 1.3 lakh crore would be needed to be made available in the current fiscal, if around 75-80 days of employment has to be given. Moreover, the government has to hike MNREGA wages by say 10 per cent.

Therefore, there is need for formulating a spending programme. The first being the need for cash transfers to as many low-income households as possible. However, this should reach both the rural and urban poor. This cash transfer has to be realistic and time bound. The report, ‘State of Working India, 2021, from Azim Premji University rightly suggested that Rs 5000 per month for three months be distributed to many vulnerable households.

Secondly, there should be employment guarantee schemes beyond MGNREGA. as urban unemployment has risen to over 15 per cent. As this segment has no access to any State-funded social insurance scheme, introducing a MGNREGA scheme for urban workers would go a long way towards insulating them. Hundred days work at say Rs 250 per day for 15 per cent of urban labour force would help such workers and would take around 0.7 per cent of GDP. Finally, the government mustn’t bother about deficit targets and take a form view that these need to be relaxed

It is unfortunate that the government has yet to decide on how it would redress the sufferings of the impoverished, as so far there is no strategy shared. The only concern of the government, which is backed by extensive media reports, is the percentage of GDP growth but such growth has no bearing on the impoverished and marginalised sections of society.

One is inclined to refer here to Keynesian economics and acknowledge the decisive role that public policy and the State can play in a populous country like India. As is well known, Keynes advocated that demand deficiency and persistent unemployment can be tackled if the government were to chip in resources by various public investment programmes, thereby raising demand and public expenditure.

But in today’s prevailing situation in the country, where informal sector is the main source of livelihood and where millions have been affected due to the pandemic and lockdowns, public spending has is minimal and therefore has become imperative. Even well-known economist and Nobel laureate, Abhijit Banerjee, has taken the Keynesian line of thinking and argued in favour of cash transfer from the government in order to inject demand as well as to battle poverty as resultof job loss.Sadly, the government has not followed this policy, specially at this critical juncture when public expenditure is badly needed in rural health infrastructure development.

Significantly, West Bengal Finance Minister has in a letter to his counterpart at the Centre suggested extending the compensation period by another five years while also raising their borrowing limit by 5 per cent of GSDP (gross state domestic product), without any conditions to enable them to carry on vaccination and deal with damages caused by cyclones. This would help the cash-starved States to revive their ailing economy and carry out development work in a better manner, specially those relating to social and physical infrastructure in rural areas.

It goes without saying that the Centre must offer incentives and subsidies for the poor and EWS and so also job opportunities such as expanding schemes like MGNREGA so that they are assured of income support for meeting basic necessities of life. The government need not worry about fiscal deficit which may go up to 7-8 per cent of GDP. It must look at the ground reality and address the suffering of the people. Sooner the better.—INFA