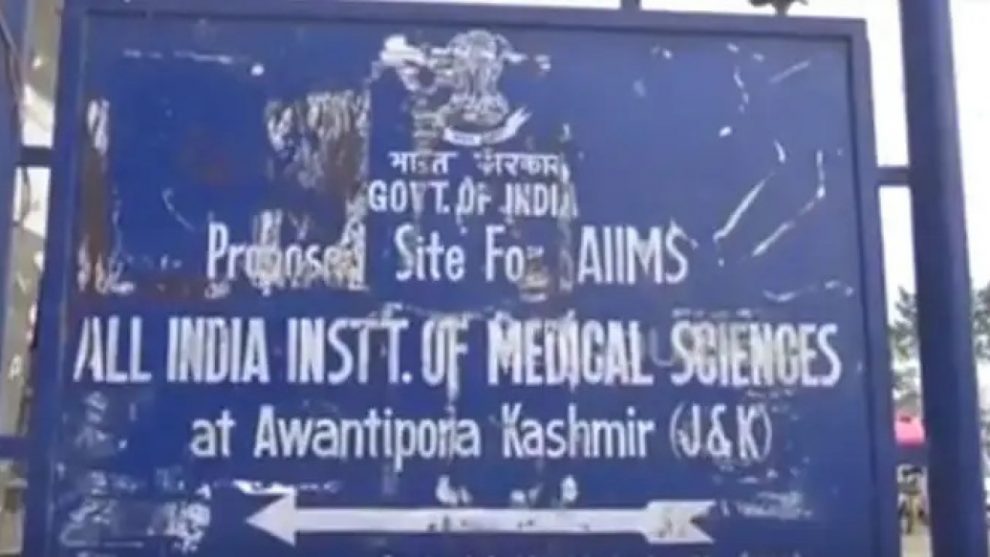 “Divisional Commissioner Kashmir was informed in the meeting by the Brig Arun Yadav that the proposed AIIMS campus hugs the military garrison and has a common boundary wall of 1.7 kms. NoC guidelines issued by the Ministry of Defence  GoI dated May 18-2011 stipulate that no construction within 100 meters and no buildings above the four storeys within 500 meters from the periphery of the military garrison,” the minutes of the meeting read. “There are ten multi-storey buildings (10 to 38 meters height) which directly overlook the sensitive installation of contagious military garrison.”

In the meeting, the army reiterated that no information with respect of AIIMS construction and insurance of NOC with Victor Force was given by CPWD/Civil administration till January 15, 2021 despite various communications and meetings held with them.

“Big Yadav further stated that defence authorities requires to take up the case with the GoI to issue NoC for any construction violating work of Defence Act. The issue of AIIMS campus has accordingly been referred through higher headquarters,” the minutes of the meeting read, as per KNO.

Present on the occasion, the DC Pulwama stated that “land occupied by the Victor Force has not been properly demarcated as is evident from the Revenue records. More than 1.7 kms of military garrison and AIIMS Awantipore being shared with each other and vital building of the project falls within 100 to500 meters.” The DC, as per minutes of the meeting, further stated that a land acquisition process of additional 272 kanals near the AIIMS project has also been initiated.

After threadbare discussion, the Divisional Commissioner Kashmir passed a series of directions that read since most of the land on the project is hilly, the Chief Engineer, CPWD and Additional Deputy Commissioner, Awantipora shall conduct a joint survey to access the quantity of land available near the project having less than 30 degree slope.

“The Divisional Commissioner also called for  joint survey of CPWD / Victor Chief Engineer, Force and Revenue Authorities shall be conducted in a week’s time to explore the possibilities for construction of Awantipora / vital buildings of the project,” the minutes of the meeting state, adding that another meeting on the project will be held within eight to ten days from May 25—(KNO)