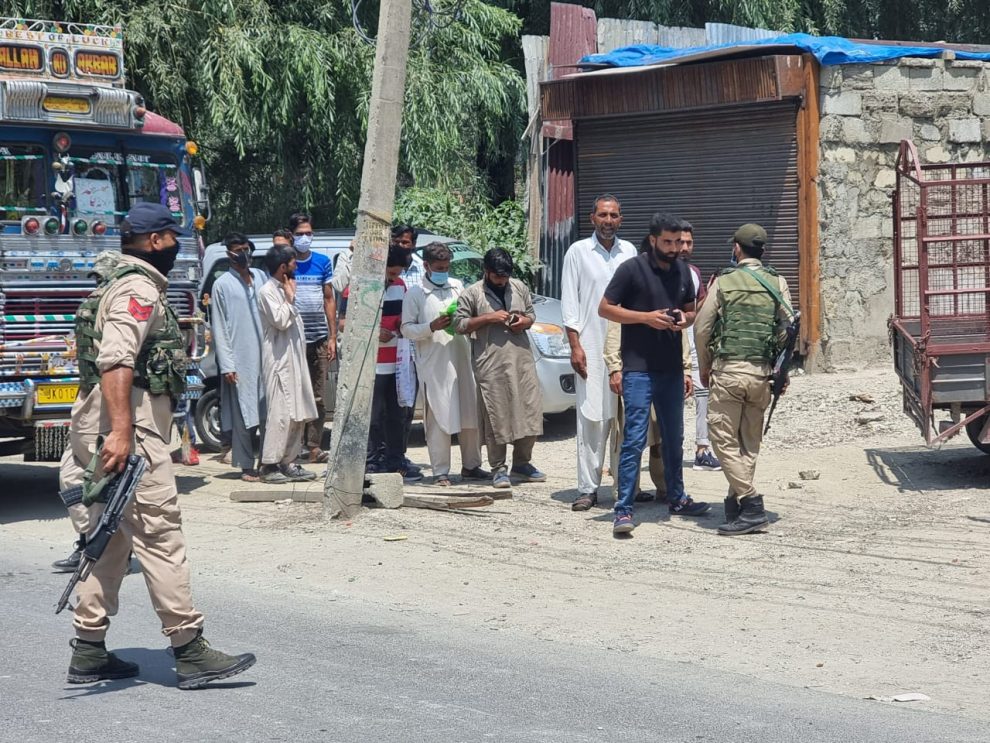 SRINAGAR: The security grid across Jammu and Kashmir has been put on a high alert while intense frisking is going on across the UT to keep a vigil on the suspects in the run-up to Independence Day.

The main venue for the August 15 official function in Srinagar—SK Stadium at Sonwar has been taken over by the security forces. The stadium saw a full-dress rehearsal where Divisional Commissioner Kashmir, P K Pole took the salute of the parade at the Stadium where top security officials and the officials from the administration were present.

A senior police official said that a multi-layer security grid is active to ensure smooth conduct of August 15 function in Srinagar and elsewhere. “As already stated by the police, around 12 drones are being used for the aerial vigil in different parts of Srinagar especially the areas in and around city centre Lal Chowk and the main venue,” he said. He said that security forces are on a high alert and maintaining close coordination to foil any possible bid by the militants aimed at disrupting the I-Day functions in Kashmir.

“There is intense frisking going on in Srinagar areas including Lal Chowk, MA Road, Jehangir Chowk and other parts of the city. People are cooperating with the forces,” the official said.

He said a large contingent of forces have taken over the SK Stadium at Sonwar, where Lieutenant Governor Manoj Sinha will unfurl the tri-colour and address the people. Police sources said that the road link from Police Station Ram Munshi Bagh to Zero-Bridge and TRC crossing would be closed for public traffic from August 14 late afternoon as a “precautionary security measure.”

The commuters travelling in Lal Chowk said that they were stopped at multiple points and asked to show their identity cards. “Our vehicles were thoroughly checked by the police and CRPF men at many places,” a group of travellers said.

Talking to reporters on the sidelines of a full-dress rehearsal at SK Stadium, Inspector General of Police (IGP) Kashmir range, Vijay Kumar said that all security forces are on high alert to foil any possible attempt by the militants. “I request people to come in large numbers to attend the I-Day functions in Kashmir without any fear,” he said—(KNO)1