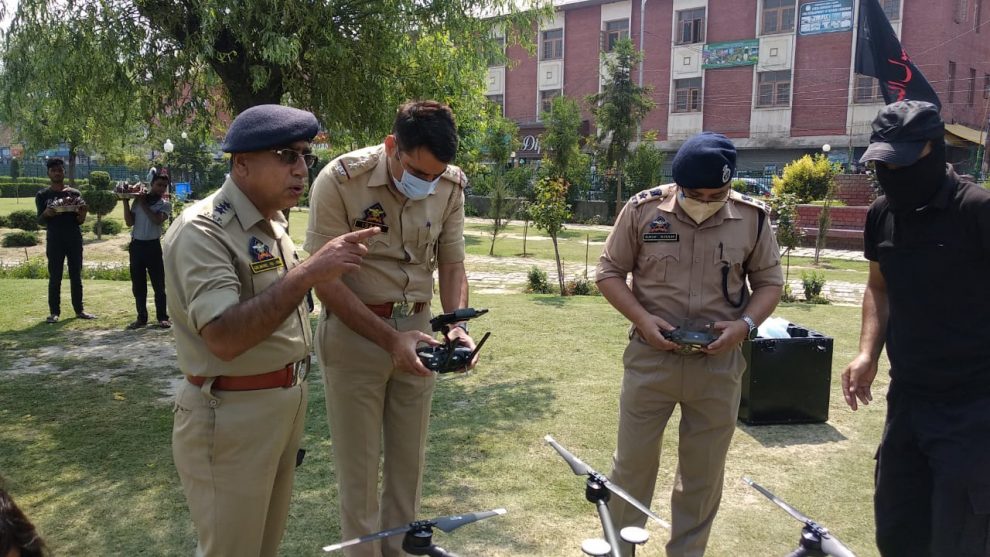 10 latest drones will be used for surveillance in and around main Aug 15 venue, say officials

SRINAGAR: Jammu and Kashmir police Thursday tested drones to be used for aerial surveillance on the eve of Independence Day in Srinagar.

A police team from police station Kothibagh along with experts tested a few latest drones at Pratap Park, Srinagar.

The police team was led by SP headquarters Arif Shah. Officials told that the drones were tested within the two km radius of Lal Chowk area. “We have ten latest drones that will be used for aerial surveillance in and around the main venue for Independence Day in Srinagar,” a police official privy to the development said.

He said today, a successful trial was conducted. “Aerial surveillance helps keep a close watch on the suspects. It also helps to further strengthen the multi-layer security cover that is put in place on the occasion of Independence and Republic Day,” the official said—(KNO)