Agriculture Minister Narendra Singh Tomar asserted that the Narendra Modi government is fully committed to the interest of farmers and will remain so in future. He said the government is ready to hold talks with the farmers to resolve their issues.

The Minister had earlier assured 40 farmer Union leaders that the government is open to considering ways to strengthen Agricultural Produce Market Committee (APMC) mandis and create a level-playing field with proposed private markets.

The Agriculture Minister said, government will provide a provision for approaching higher courts for dispute resolution, while asserting that procurement at minimum support price (MSP) will continue. The Minister reiterated that farmers should keep faith in the Narendra Modi government that whatever will be done, it will be in the interest of the farmers. The Minister also thanked farmers’ unions for maintaining  discipline while protesting.

Centre will hold sixth round of talks with Farmers’ Unions in New Delhi on Wednesday to end the deadlock over the new farm laws. The fifth round of talks was held yesterday with Agriculture Minister Narendra Singh Tomar reassuring the farmers’ Unions that the system of Minimum Support Price, MSP will continue and there is no threat to it. Mr Tomar had said that the government has worked out possible solutions to the provisions on which farm leaders have raised objections. He also reassured that Narendra Modi government is fully committed to the interest of farmers and will remain so in future. He expressed hope that farmers’ protest will end at the earliest.

Government has said it is open to considering ways to strengthen Agricultural Produce Market Committee (APMC) mandis and create a level-playing field with proposed private markets. 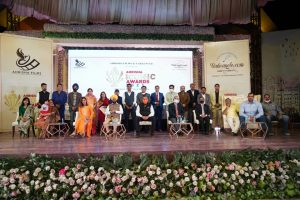 Delhi Cabinet approves constitution of own school board

PM Modi to inaugurate construction work of Agra Metro Project
Efforts are being made for the early repatriation of 2 minor sisters who crossed the LoC:Defence Spokesperson
Comment