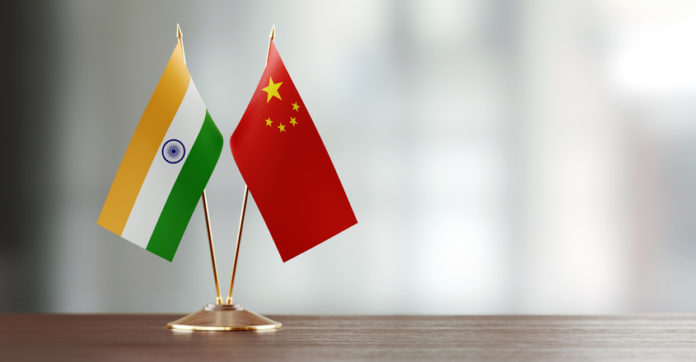 With Chinese reluctance to step back further from Pangong Tso and Patrolling Point 17A at Gogra stalling the disengagement of troops along the Line of Actual Control in Ladakh, Indian and Chinese diplomats held talks Friday, and New Delhi said both sides agreed on “early and complete disengagement”.

In Beijing, the Chinese Foreign Ministry, commenting on the virtual meeting of the Working Mechanism for Consultation & Coordination on India-China Border Affairs, said both sides “affirmed the positive progress made in disengaging the frontline border troops of the two countries” and would maintain dialogue “through military and diplomatic channels” to “promote further de-escalation”.

The WMCC meeting sets the stage for another round of Corps Commander talks – they have met four times since June 6 — to resume the disengagement process, stalled due to Chinese reluctance to vacate areas in Pangong Tso and PP 17A, two of four friction points on the Ladakh frontier. At PP 14 (Galwan Valley) and PP 15 (Hot Springs), disengagement has already taken place.

In Pangong Tso, Chinese troops had come up to Finger 4 on the north bank of the lake, 8 km west of Finger 8 which India says marks the LAC. As part of the disengagement process, the Chinese vacated the Finger 4 base area and headed towards Finger 5. But they still occupy positions on the ridgeline at Finger 4.

The underlining of “early and complete disengagement” at the WMCC meeting is significant given that the Indian Army has been preparing for the long haul, looking to keep its troops deployed in Ladakh through the winter months. India has been seeking restoration of status quo ante – of troops on both sides returning to locations before the military standoff began in May.

Following the meeting of the WMCC, the Ministry of External Affairs, in a statement, said: “The two sides reviewed the situation in the India-China border areas and the ongoing disengagement process… They agreed that early and complete disengagement of the troops along the Line of Actual Control (LAC) and de-escalation from India-China border areas in accordance with bilateral agreement and protocols and full restoration of peace and tranquillity was essential for smooth overall development of bilateral relations.”

“The two sides noted that this was in accordance with the agreement reached between the two Special Representatives (SRs) during their telephonic conversation on 5 July 2020. They agreed in this regard that it was necessary for both sides to sincerely implement the understandings reached between Senior Commanders in their meetings till date,” it said.

“The two sides agreed that another meeting of the Senior Commanders may be held soon so as to work out further steps to ensure expeditiously complete disengagement and de-escalation and restoration of peace and tranquillity in the border areas,” it said.

The two sides, the MEA said, also agreed to maintain their ongoing engagements both at the diplomatic and military level, including through the meetings of WMCC.

This was the 17th meeting of the WMCC. The Indian delegation was led by Naveen Srivastava, Joint Secretary (East Asia) from the MEA, while Hong Liang, Director General of the Boundary & Oceanic Department of the Chinese Ministry of Foreign Affairs, led the Chinese delegation.