Home Newsfeed After some respite, pollution in Delhi rising again due to stubble burning:... 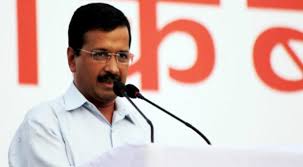 Urging people of Haryana and Punjab to stop stubble burning, Delhi Chief Minister Arvind Kejriwal on Monday said that pollution in the national capital has again started increasing after some respite last week.
He said that people are suffering immensely due to the rising air pollution and that we should put an end to the practice of stubble burning. “We should stop stubble burning. People are suffering immensely. SC has also directed. Pollution has again started increasing in Delhi due to stubble burning after some respite last week,” Kejriwal tweeted.
The Chief Minister’s tweet came in response to Delhi government standing counsel (criminal) Rahul Mehra’s tweet highlighting large scale stubble burning in Punjab through a bird’s eye view picture of farmlands in the state.
“Fires burning around Amritsar at 12 noon yesterday and Chief Minister Captain Amarinder Singh government is simply doing nothing. Since this is rain moist farm waste, it is likely to create max PM2.5 leading to heart strokes, asthma, and lung patches. Delhi Odd-Even clears but Punjab again causes deadly smog?” Mehra tweeted earlier today.
The air quality in the national capital region again dropped to “very poor” quality after a brief respite last week.
According to the System of Air Quality and Weather Forecasting and Research (SAFAR), primary pollutant PM 10 and PM 2.5 are at 352 and 359 at the Chandni Chowk monitoring centre.