Home World Affairs After much hype, how are coronavirus contact tracing apps faring? 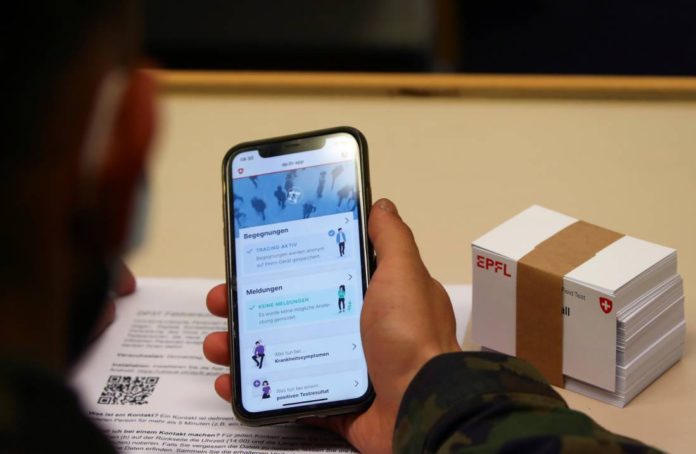 MILAN: As countries around the world emerge from coronavirus lockdowns, many are stepping up contact tracing efforts to head off a second wave of infections.

Yet, some mobile apps that were initially touted as a possible game-changer to help contain the virus have had a seemingly limited impact and been pulled.

The latest setback came on Monday when the British government admitted that England’s test and trace system had been launched without a full assessment of how people’s data could be misused.

As the world enters the second semester of COVID-19, here’s what you need to know about contact tracing apps:

From Japan to Ireland, at least 25 countries have deployed an official contact tracing app, according to the MIT Technology Review, but features differ.

Some, like Israel’s HaMagen and Cyprus’ COVTRACER keep track of a phone location via GPS.

A growing number of nations, particularly in Europe, have instead opted to use Bluetooth short-range radio to measure the risk of exposure, after concluding that tracking people’s movements using location data would be intrusive.

HAVE THEY ENCOUNTERED ANY ISSUES?

Technical glitches, privacy concerns or a combination of both have hampered many apps’ development.

Britain abandoned plans to use Bluetooth-based apps that stored data centrally after it emerged it would not work well with iPhones.

Germany earlier abandoned a similar approach – which privacy experts warned could allow people’s relationships to be spied on – switching to an app based on technology from Apple and Alphabet’s Google that logs Bluetooth contacts on devices.

In June, Norway’s health authority halted use of its app and deleted all data gathered after the country’s data protection watchdog cited privacy concerns.

ARE PEOPLE USING THE APPS?

A relatively low number of downloads has plagued several apps.

Although lower adoption rates could also help control the virus spread, apps may be able to halt an epidemic if usage reaches 60% of the population, according to an Oxford University study.

While early adoption soared in many countries, downloads have often plateaued, with some like Switzerland also experiencing a drop in active users over time.

Italy’s Immuni app has reached about 4 million downloads out of a population of 60 million, according to local media.

France’s StopCovid had been downloaded by 1.9 million people, or 2% of the population – leading to only 14 users receiving alerts that they had been exposed to the virus, officials said in June.

Last month, a global survey of more than 7,000 people found just over half said they would use a contact tracing app, with almost two-thirds of those who said they would not citing privacy concerns.

WHERE HAVE APPS BEEN MORE SUCCESSFUL?

Iceland’s app is among the most successful with an adoption rate of about 40%, according to an app tracker by the MIT Technology Review.

Ireland’s COVID Tracker app was also off to a strong start as it launched last week, with about 1 million downloads – nearly 25% of its adult population.

More than 15.5 million people – or about 20% of the total population – have so far downloaded Germany’s tracing app, according to the government.

In June, Bahrain said its app, which was criticised as one of the world’s most invasive by Amnesty International, played a key role in its efforts to trace infections alerting more than 11,000 people, 1,500 of which then tested positive.

SO WHERE DOES THIS LEAVE US?

Even where apps have enjoyed a strong uptake, experts have cautioned they are no replacement for traditional contact tracing – human investigators who interview patients about their contacts and whereabouts.

Iceland’s app, for example, has not been a “game changer” in spite of wide take-up, a police inspector overseeing contact tracing efforts in the country told the MIT Technology Review in May.

In Asia, governments that have been the most successful at controlling the virus, like Taiwan and South Korea, did not rely on apps to flag possible cases, but used data to inform contact tracers’ work, according to digital experts.

Singapore, which was one of the first countries to roll out an app, recently complemented it with a wearable device following limited take-up.

Some analysts have argued that apps could be more useful when targeting small groups like religious communities, workplaces and schools, where they could quickly gain a broad uptake – instead of being rolled out countrywide.

But overall, talking about apps as a possible solution was “misleading”, said Lewis. “Contact tracing apps has its use.”

“But in terms of an overall strategy where you can rely on it to contain the spread … it has not proved itself so far”.