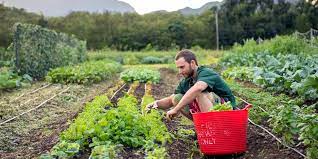 Kathua: After serving the Indian Navy for several years, Jammu and Kashmir’s Kathua resident Dheeraj Kumar is now the talk of the town, this time for his success as an agripreneur.

Cultivation of strawberries has emerged as a lucrative business proposition for the farming community here, horticulture officials said.

Kumar expresses his gratitude to the Kathua horticulture department for providing financial as well as technical assistance and support, besides acquainting him about some tailor-made schemes.

He says he supplies strawberries to malls and major outlets in and around Pathankot and areas in the periphery of Punjab adjoining Kathua.

I am also exploring the option of selling online I am in talks with a few e-commerce platforms, he says.

A winner of the Horticulture Expo Jammu Award, Kumar says there was no looking back after he opted for the state-of-the-art technology viz drip irrigation, which besides lowering the water dependency, ensures more crop per drop.

The department also provided him subsidy on the purchase of power tillers and installation of the drip irrigation system, the official said.

Kumar says the enhancement of the subsidy amount to Rs 13,000 per kanal from the earlier ceiling of Rs 3,125 per kanal has come as a shot in the arm for newcomers like him.