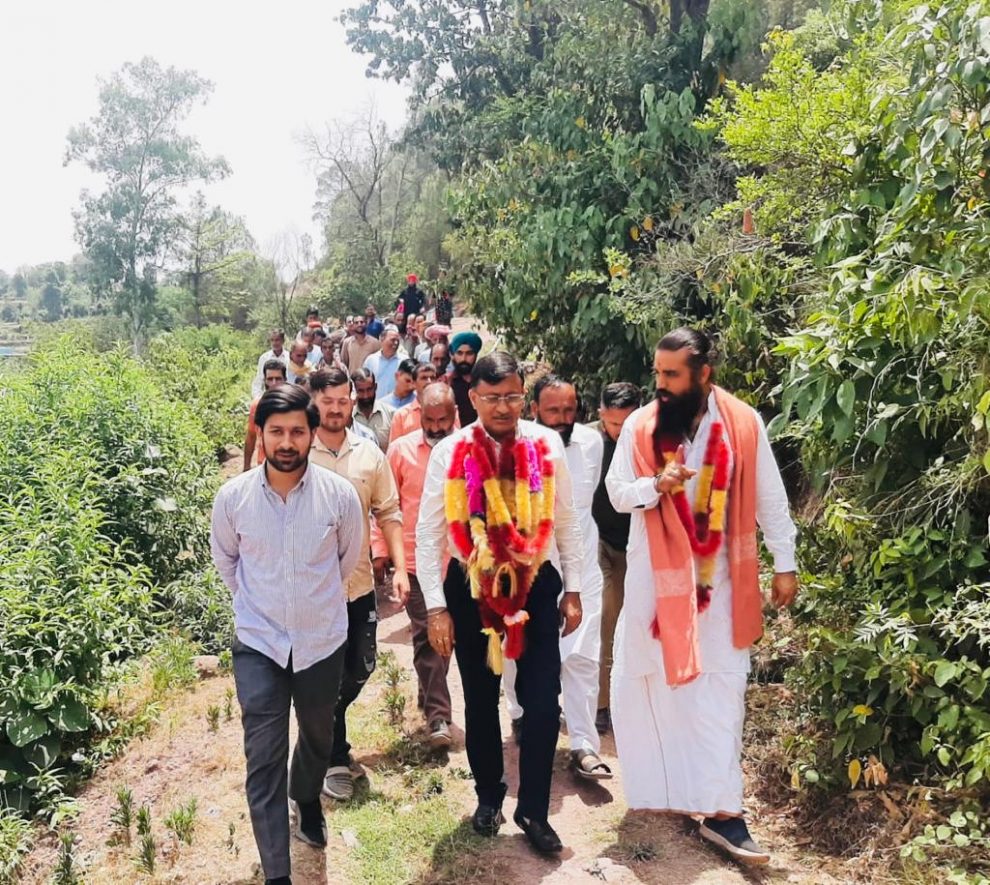 JAMMU: Accusing former Chief Minister Omar Abdullah of spreading lies on Article 370 and issuing communal statements while in his tour to Rajouri-Poonch, BJP J&K general secretary and former MLC Vibodh Gupta strongly asserted that this is a deliberate attempt of National Conference to disturb peace in the twin border districts to polarize voters on religious lines. He was speaking during a public meeting organised at remote area Panhar in Kalakote.

Vibodh said, “BJP strongly condemns the mischievous, false, motivated and completely irresponsible statement by former Chief Minister Omar Abdullah. General public has also strongly condemned his communal remarks and has expressed anger against him.” He further alleged that his statements have encouraged mischievous elements to steer communal tensions in the region which is unfortunate and unacceptable.
Vibodh further congrtulated people of Panhar for completion of Solki- Panhar Road  which will benefit about five thousand people and also assured that widening of Siot-Kalakote road shall be started soon. He ensured that every region of J&K will flourish under the visionary leadership of Hon’ble PM Narendra Modi Ji.
Co-convenor Swach Bharat Abhiyan Baba Amrik Singh also highlighted various achievements of Modi government. He accused previous governments for ignoring the aspirations of the people. He strongly asserted that BJP is committed to overall development of Kalakote especially remote areas. Others who spoke on the occasion were Yuvraj Singh, Capt  Ram Singh, Advocate Asif, Sarpanch Nasir Hussain, Rajan Singh, Thakur Dass and others.
Join 'The Dispatch' on WhatsApp.
The Dispatch is present across a number of social media platforms. Subscribe to our YouTube channel for exciting videos; join us on Facebook, Intagram and Twitter for quick updates and discussions. We are also available on the Telegram. Follow us on Pinterest for thousands of pictures and graphics. We care to respond to text messages on WhatsApp at 8082480136 [No calls accepted]. To contribute an article or pitch a story idea, write to us at [email protected] |Click to know more about The Dispatch, our standards and policies