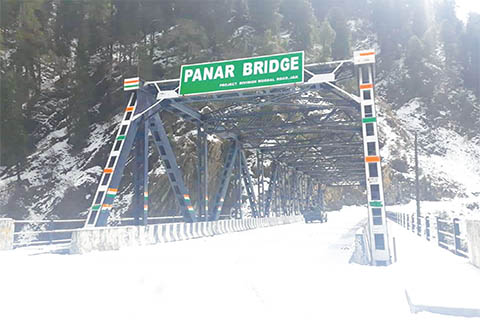 SRINAGAR: The historic Mughal road and Anantnag-Kishtwar road opened for vehicular traffic on Monday after a gap of seven months.

The Mughal road, an alternate national highway, was closed in December last year due to accumulation of snow. However, the snow clearing process was completed in April but the road continued to remain closed due to Covid-19 restrictions.

Similarly vital Anantnag-Kishtwar road via Sinthan was also closed due to accumulation of snow last year and continued to remain closed for seven months due to Covid-19 restrictions.

Officials told that the vehicles carrying perishable fruit and vegetables besides empty trucks, oil tankers and medical emergencies with proper permission from district magistrates were allowed on these roads after snow clearance work was completed, however, roads were opened for traffic on Monday.

It is pertinent to mention that several political leaders were demanding the opening of the roads for the last few months. Moreover, a number of delegations had met LG Manoj Sinha recently and demanded opening two vital road links that connect Jammu’s Rajouri, Poonch and Kishtwar districts to Kashmir. The LG had recently told reporters that both the road links will be thrown open to the public on July 5. He, had, however, requested people to cooperate with the security who would be carrying out intense frisking at various points along the road stretch. (KNO)