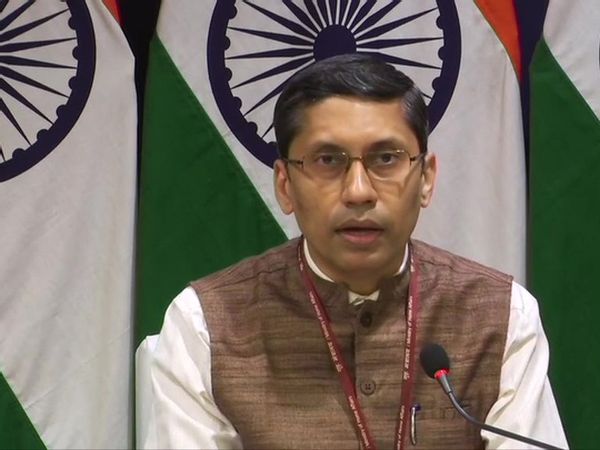 A day after issuing an advisory to all its nationals residing in Afghanistan to leave the country, India on Thursday said it is concerned about the deteriorating security situation in the war-torn region. It also asserted that it is closely monitoring developments and supporting all peace initiatives of Afghanistan.

While speaking to media, Ministry of External Affairs (MEA) spokesperson Arindam Bagchi said Afghanistan’s security situation is a rapidly evolving situation and that the primary concern is peace and stability in that country.

“We continue to hope that there will be an immediate and comprehensive ceasefire. We are supporting all peace initiatives of Afghanistan,” he added.

When questioned whether India is also holding discussions with the Taliban, Bagchi said, “We are in touch with all stakeholders, various stakeholders. I would not like to say anything further.”

As the Taliban continues to make sweeping territorial gains in Afghanistan, India has asked its nationals residing there to leave the country.

Before stressing on deteriorating security situation in Afganistan, the MEA spokesperson confirmed, “Our Mission in Kabul issued an advisory for Indian nationals earlier this week, advising them to return to India via commercial flights.”

Talking about India’s initiatives for the minority communities in the war-torn nation, he said, “Last year, our Mission in Kabul had facilitated the return of over 383 members of Hindu and Sikh community in Afghanistan to India. Our Mission in Kabul continues to remain in touch with Afghan Hindu and Sikh community members and we will ensure the provision of all necessary assistance to them.”

He also clarified that the Indian government has issued an advisory for Indian nationals to leave Afghanistan through “commercial means” and that there is no formal evacuation mechanism.

“Separately, our Consulate in Mazar-i-Sharif has withdrawn all India-based personnel earlier this week, this is a temporary measure. Our Consulate there continues to be operational with locally recruited staff,” said Arindam Bagchi.