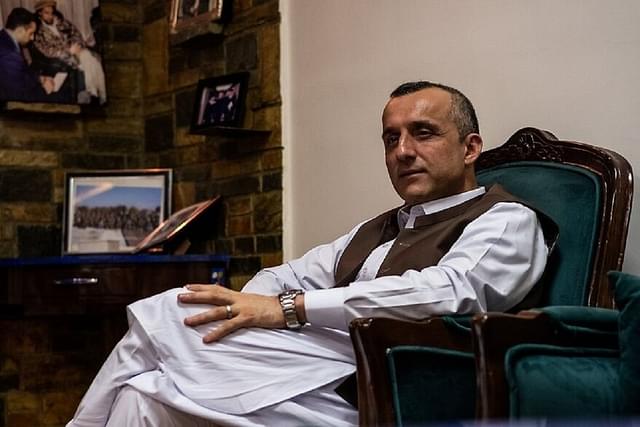 Amrullah Saleh, who has declared himself the acting president of Afghanistan, on Thursday cautioned both the Taliban and neighbouring Pakistan.

Writing on Twitter, Saleh asserted that the rule of law and not violence should be respected.

He pointed out that Afghanistan was too big a country to be ruled by the Taliban insurgents and too big for Pakistan to swallow as well.

“Nations must respect the rule of law, not violence. Afghanistan is too big for Pakistan to swallow and too big for Talibs to govern. Don’t let your histories have a chapter on humiliation and bowing to terror groups (sic),” Saleh tweeted, calling on the world not to bow down before the Taliban extremists who have taken control of Afghanistan in a manner that has surprised the experts around the world.

The Taliban had taken control of capital Kabul on Sunday, signalling the collapse of the Afghan government with President Ashraf Ghani fleeing the country. He is currently in the UAE.

Saleh, who was Afghanistan’s vice president since February 2020, announced on Tuesday that he was now the country’s caretaker president as per the Constitution after President Ghani fled. Saleh said was reaching out to all leaders to secure support and consensus.

“As per d constitution of Afg, in absence, escape, resignation or death of the President the FVP becomes the caretaker President. I am currently inside my country & am the legitimate care taker President. Am reaching out to all leaders to secure their support & consensus (sic),” he had tweeted two days after the Taliban took control of Kabul.

A day before, he had tweeted to hit out at Pakistan: “In my soil. With d people. For a cause & purpose. With solid belief in righteousness. Opposing Pak bcked oppression & brutal dictatorship is our legitimacy (sic).”

The Taliban took control of Afghanistan as the United States decided to end its 20-year-long mission in Afghanistan. The US is due to complete its withdrawal by August 31, though President Joe Biden has now said that American troops could remain in Kabul beyond that date to complete the remaining evacuations of their nationals as well as Afghan allies.

Saleh had said this week that it was futile to argue with the US president anymore to defend his nation.

“It is futile to argue with @POTUS on Afg now. Let him digest it. We d Afgs must prove tht Afgh isn’t Vietnam & the Talibs aren’t even remotely like Vietcong. Unlike US/NATO we hvn’t lost spirit & see enormous oprtnities ahead. Useless caveats are finished. JOIN THE RESISTANCE (sic).”