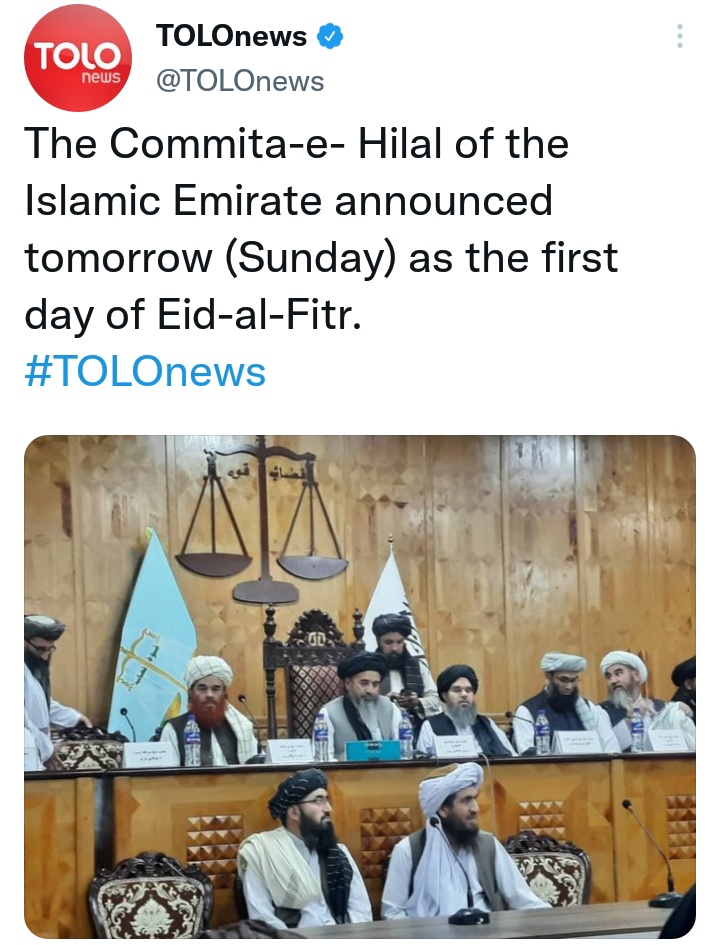 KABUL: Taliban government in Afghanistan has announced the sighting of Shawwal moon and Eid-ul-Fitr on Sunday.

According to the Afghan Interior Ministry, evidence of the moon sighting has been received from Farah, Ghazni, Kandahar, and Ghor so Eid-ul-Fitr will be celebrated in the country on Sunday.

It should be noted that the moon of Shawwal has not been seen in Saudi Arabia and the United Arab Emirates, after which Eid-ul-Fitr will be there on Monday, May 2. (AGENCIES)

Both urban and rural areas in Jammu to face ‘5 to 6 hours powercut’ on rotation basis
23 militants, 2 soldiers killed in 14 encounters in April
Comment