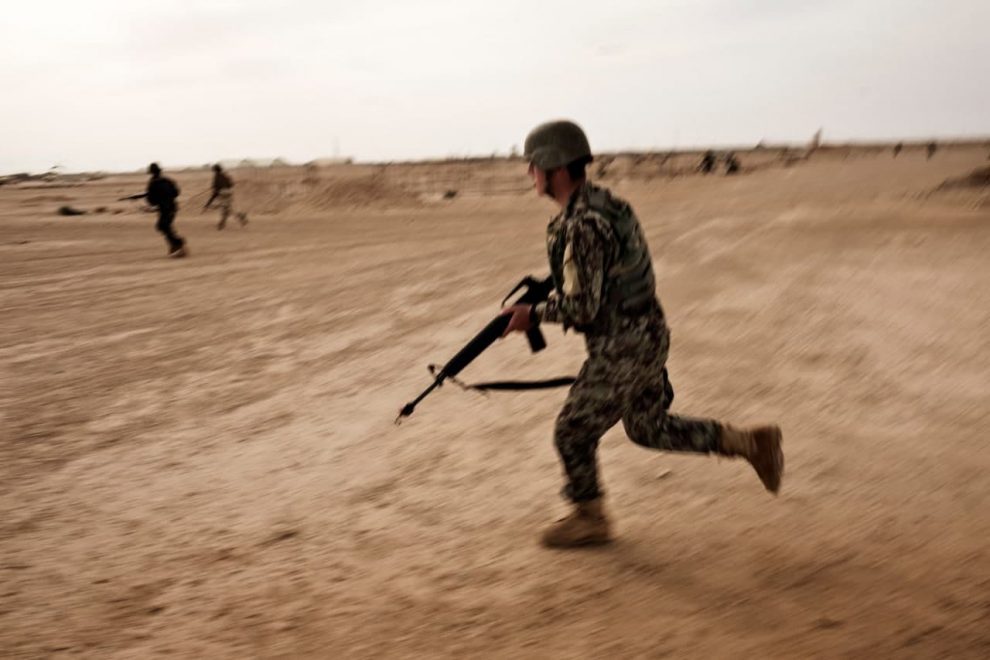 The US engagement in Afghanistan is somewhat akin to their lost war in Vietnam. There, America militarily stayed over a decade and withdrew without achieving the purpose. Similarly in Afghanistan they remained deeply engaged for two decades and left without accomplishing the tasks – to secure democracy and stability in Afghanistan. Many observers including Government of Afghanistan hold the view that American mission is a failed one. However, unlike Vietnam, the consequences of America’s ‘failure’ in and withdrawal from Afghanistan bode ill for India.

As Taliban is marching unstoppably towards Kabul, a nefarious nexus is growing between Afghanistan (Taliban), Pakistan and China. Taliban have openly announced that China is a friend and they will not react to anything happening to the Uyghur Muslims in Xinjiang pointing towards a growing nexus. If Pakistan and Taliban engineer cross-border terrorism in Kashmir and China pushes the envelope in Ladakh, where three external provocateurs converge, New Delhi will have a plate full of security issues to worry about.  In the previous article, last week, in this column, we had hinted at this possibility. In this piece, we amplify the danger and explore the measures that New Delhi could swiftly undertake to avert it.

To trace the geo-political history of the hotspot in Jammu & Kashmir, India is paying a heavy price for the erroneous decisions of Nehru both on Kashmir and on Tibet. The British colonialists while dividing India and Pakistan on religious lines had strategically drawn the McMohan Line between India and Tibet and had placed Tibet as a buffer between China and India with certain rights to the latter over Tibet. Nehru gave away all those strategic assets without any reciprocal commitment from China.

Consequently, we find China at our border as Beijing hoodwinked Nehru in annexing Tibet. The third mistake committed by Nehru was to tilt towards USSR and to keep America guessing. The subsequent Indian leadership did not perhaps fully comprehend both the superpowers’ interest and engagement in the region – India, Pakistan and IOR (Indian Ocean Region) – which resulted in feverish arms race in the Sub-Continent.

Afghanistan became a hapless victim of superpower rivalry in the region. Taking advantage and excuse of the infighting among the tribal-war lords, the USSR invaded Afghanistan in 1979 and the US in order to counter Soviet influence launched a proxy war in collusion with Pakistan by raising Mujahidin, which subsequently mutated into Taliban. Also, the US strategy boomeranged forcing the US army to march into Afghanistan.

The strategy in question was to raise a Frankenstein in most parts of the world to enhance America’s image as a peace and democracy broker. But in the end, the US has been forced to eliminate the same Frankenstein. The second part of the strategy was to take the fight to the doorsteps of the enemy, which is to fight the war elsewhere not in the US soil. But the Frankenstein took the war into US in 9/11.

The US had to chase the enemy in Afghan soil. But it was late in the day as the Frankenstein here (Taliban) supported by Al-Qaeda, financed by Saudi Arabia and anchored by Pakistan had spread its tentacles across the country. Americans put all their might in Afghanistan to tame Taliban. Little did they realise that the Taliban fighters are religious bigots and dreaded fighters who would sacrifice themselves for ‘72 Hoors in Jannat’ (it’s a belief among Muslims that if you die for an Islamic cause, you will be entertained by fairies in heaven).  At any rate, the withdrawal of the US forces without finishing the job or realising the objectives has left Afghanistan in turmoil and India vulnerable.

In particular, the consequences of exit of the US and NATO forces are: China will virtually take control of Afghanistan. Indications are China is taking greater interest in Afghanistan and Taliban is responding, at the behest of Pakistan. We have argued earlier that the interests of Taliban and Pakistan are co-terminus. Pakistan also will accept China’s influence over Afghanistan as Islamabad is heavily indebted to China.

It is an open secret that Beijing has been encircling India by various instruments. It has established surveillance in IOR region, in various port cities Chittagong in Bangladesh, Hambantota in Sri Lanka, Coco Island of Myanmar, Gwadar in Pakistan, Chumbi Valley in Tibet.  Now it will extend the encirclement by effectively blocking the transportation of goods, mainly oil from Central Asian countries to India via Afghanistan.

Going by the past experiences, Taliban-aided Afghan and Pak terrorists will begin to sneak into Kashmir. Even the peaceful Ladakh region may experience the evil influence of Taliban because of its physical proximity. China will back it up by inducting more troops in Tibet: already six division size troops are present in the area to exert pressure on India. In desperation and to stoke the nationalist sentiments, Pakistan will increase its offensive in Kashmir, backed by Chinese presence in Ladakh region.

The geo-political situation in the region will radically change as China flexes its financial muscle by extending debts to South Asian countries. India cannot match the Chinese aid due to its smaller economy and domestic compulsions caused by the Chinese virus (Covid). The American withdrawal has shaken the confidence of India’s neighbours as Washington appears to be undependable. They may turn to China which is closer and has been a reliable friend of Pakistan although for its own vested interests.

Against this scenario, what fresh strategic initiatives New Delhi must take to counter the nexus? New Delhi has already missed the bus by not actively engaging the US on the co-terminality of Taliban and Pakistan. The US was ironically arming Pakistan to fight Taliban whereas the US arms were used against India. Secondly, New Delhi’s ambivalence on alliance with United States has stunted its role in resolution of Afghanistan imbroglio.

It is high time New Delhi actively corner Pakistan and China in every international forum. It enhances the bilateral relationship with all its neighbours. Third, it takes the Quad members on board to counter any adventurist military operation by Pakistan and China. Fourth, New Delhi must make up its mind in forging a dependable and a formidable alliance against any such axis formed by China in the sub-continent or elsewhere. Fifth, New Delhi must conclude the pending economic agreements with the European Union and United States. It is the social capital and economic strength which will attract friends from abroad in matters of common security and defence of democracy.

New Delhi has been a peripheral player in Afghanistan while doing some commendable development projects. It has earned tremendous goodwill of Afghan government and people. It could have neutralised the animosity of Taliban under Pakistan provocation. Although Taliban has been nurtured by Pakistan, they would be content with the control of their own country rather than meddling in others; note their position on Chinese Muslims. New Delhi could have insulated Taliban from Pakistan with the good offices of friends in the Middle-East. Let New Delhi begin to do the course corrections.

Round The States
Mid- Term Cabinet: Amid Great Expectations
Comment