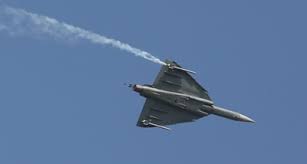 Speaking to media persons today, the Chairman and Managing Director of Hindustan Aeronautics Limited R. Madhavan informed that they have received the order to deliver 83 LCAs Mark- IA yesterday and the first aircraft will be delivered in March 2024.  The complete delivery of 83 LCAs will be achieved in six years. The entire project will earn business for 463 vendors across the countries and MSMEs alone will earn 6,000 crore rupees for supplying the sub-systems.

Mr. Madhwan said that each LCA Mark-IA will cost 309 crore rupees and due to its competitive cost, South East Aaisan countries have evinced keen interest in purchasing them. AIR correspondent reports that the indigenous production of LCA Mark -IA has 52 per cent raw materials procured in India and HAL Chairman has said that his will be increased to 65 per cent in the coming days.

The Director of R&D in HAL Arup Chatterjee has informed that HAL has invested 4,090 crore rupees to develop a combined Air Defence System comprising of a mother ship and an unmanned aerial vehicle that can be controlled remotely by the mother aircraft.

The Unmanned aerial vehicle will penetrate into enemy territory and plan attacks with the help of missiles and drones.  To be ready by 2024-25, these machines named as CATS Warrior and CATS Hunter are said to shatter enemy facilities without human casualties. HAL is also developing and unmanned helicopter that can supply ration and fuel to base camps at the height of 18,500 feet.