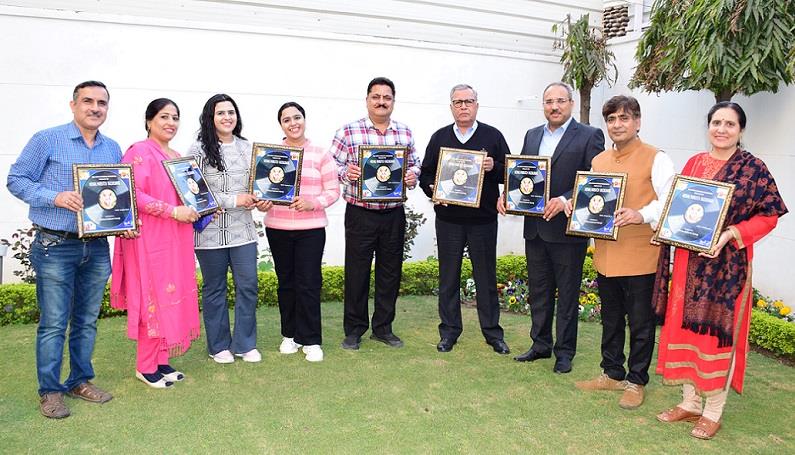 Speaking on the occasion, the Advisor said that the traditional aspect of the festival has been explained through the beautifully composed songs in yet another way.

He said that Shri Sharika Chakreshwar Shrine situated on Hari Parbat hill in Srinagar is famous for celebration of this day throughout the Valley. ‘Thousands of devotees from far-flung areas assemble there and offer prayers, keeping awake in meditation throughout the night with composite program of devotional songs or music’, he added. They believe that on Hora Ashtami, Shree Sharika ji bestows riches and distributes food among her devotees, the Advisor remarked.

Advisor Khan emphasized upon the need for preserving our rich culture. He said that our culture is a our identity and if we don’t preserve it later generations would forget about cultural richness of their ancestors.

The Advisor congratulated the Gurtoo Sisters and wished them best of luck for their future projects. He also appreciated the efforts of Vishwa Kashmiri Samaj for searching, encouraging and promoting hidden talents like them.

The songs of the album have been recorded in the melodious voices of young and new budding singers Simran Gurtoo and Shriya Gurtoo while as music is re-created by Kuldeep Saproo. The album is presented by RMK Arts and Research Foundation.