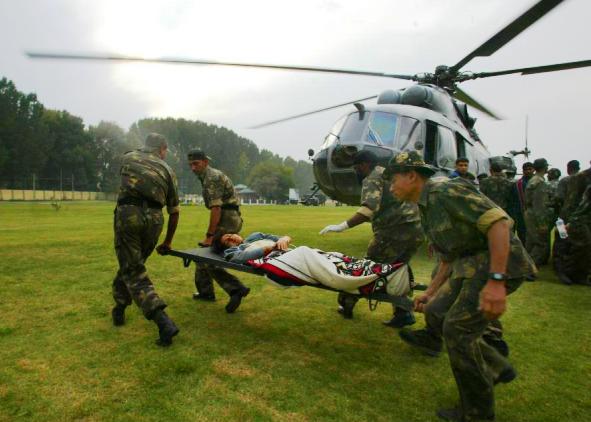 The COVID 19 pandemic has caused unprecedented suffering worldwide. The second COVID wave in India has caused much suffering, with abysmal public health infrastructure compounding the problem. Massive demand was generated for a short period of time on critical medical facilities and equipment like intensive care unit (ICU) beds and oxygen cylinders.

The various arms of the government, including the armed forces and the railways, for instance, played a critical role in trying to bridge the shortfalls. The nation also received critical help from many countries. Non-governmental organisations (NGOs), community-based efforts (like that by the Sikh community), and noble Samaritans worked overtime to help the sick and the needy. Many others also came forward and contributed liberally to the PM CARES Fund.

The Union and state governments now urgently need to focus their efforts to ensure that relief measures reach those affected by the second wave. Various schemes such as those providing financial support to children orphaned by the disease, are indeed a soothing measure. Caution should continue to be exercised by the authorities and the general public at large so that the abating second wave is capped at the earliest.

While we will undoubtedly show resilience as a nation and recover from the economic slowdown and shrinkage, the families would take a long time to recover from the tragic shock of losing loved ones due to the monstrous second wave, rather, the second tsunami. Many may show courage and fortitude to accept the economic hardships in their stride, but will find it hard to overcome the loss of loved ones.

Despite the loss in economic activity and its medium and long-term fallouts, we need to ensure that we hit the ground running as the situation stabilises further. Most industries and medium/small scale businesses may not be able to achieve pre-pandemic levels of economic activity on their own, but will need active government support.

Though the Finance Ministry has already announced a huge package of Rs 20,00,000 crores, and an array of other measures in the budget of the current financial year, a supplemental blueprint consisting of targeted financial packages for the affected may still need to be initiated.

What is required now is a singular focus towards re-building the country, by all sections of the society. Indians are known for their ingenuity and capability to achieve, and deliver the extraordinary, when the need arises. An important factor that will aid how soon we will be able to get back to our economic growth curve, is the attitudinal change in the mindset of our citizens towards the nation.

The armed forces are a model of an exceptionally cohesive and dedicated organisation with an extremely high degree of patriotism. They are a veritable microcosm of the enormous diversity of our nation. The armed forces ethos and sacrificial ideology, it is suggested here, needs to be earnestly adopted by all our citizens in their individual capacities. They must embrace the motto of ‘Nation Always First’.

‘Young India’ has tremendous latent energy.  It is this youth which forms the core of the armed forces. Each one needs to be an instrument of change. The urgency now is to motivate our citizens, primarily the youth, to work towards revival of national confidence and economic activity so that the dark adversity of the times can be converted to an opportunity to excel.

We have numerous examples in history, wherein nations devastated by wars, recovered through the resolve of the people and their dedication to the national cause, supplemented though by significant external assistance.

While the government will have primary responsibility to generate economic growth and address critical gaps in health infrastructure through administrative and policy initiatives, we, as the citizens need to reboot ourselves and make this crisis a tipping point to help usher in a healthy and prosperous India.

The author is a former Infantry Officer who headed the Military Training and Military Secretary branches. Views are personal and the article first published on IDSA website.