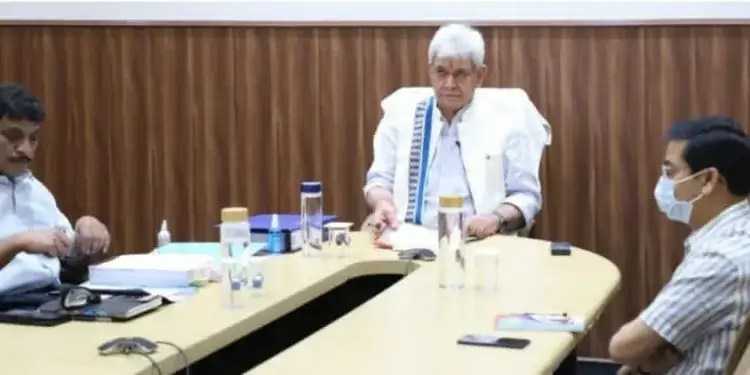 The Dispatch Staff
Add Comment
The Administrative Council (AC) which met here under the chairmanship of the Lieutenant Governor, Manoj Sinha, today approved the departmental proposals for creation of new posts in various sectors

JAMMU: The Administrative Council (AC) which met here under the chairmanship of the Lieutenant Governor, Manoj Sinha, today approved the departmental proposals for creation of new posts in various sectors.

In view of the Constitutional changes in Jammu and Kashmir, the UT and District Consumer Commissions were established as per the provisions of the Central Consumer Protection Act, 2019. With the provisioning of adequate man power, these forums will be made effectively functional to address various consumer grievances.

The decision will enable the Health & Medical Education Department to start the course curriculum in these new Government Medical Colleges from the academic session 2022-23.

Moreover, the Administrative Council also approved the proposal of Higher Education Department to transfer 171 vacant posts from Higher Education to the Cluster Universities of Jammu/Srinagar. The identified 171 vacant posts (lien-free) of faculty (Gazetted) were transferred to Cluster Universities Jammu and Srinagar for filling up through respective direct recruitment drives.

Meanwhile, the Administrative Council revised the education scheme for children of weavers/artisans of Handicrafts and Handloom departments.

The revised education scheme for the children of Handicraft/Handloom weavers aims at providing scholarship in tune with present education scenario to provide much needed financial support to the weavers with regard to the education of their children.

Earlier, the benefits were available only to the girl child, but the revised scheme has extended the scope of financial assistance to male children as well.

Originally, the scholarship by the Directorate of Handicrafts and Handlooms was provided to the girl child of handloom weavers up to the primary level at the rates of Rs.100, 200, 300, 400, 500 and 600 per annum for class I, II, III, IV, V, and VI respectively.

Moreover, the Administrative Council also asked the Department to consider extension of such financial benefits to the children belonging to similarly situated sections of society.