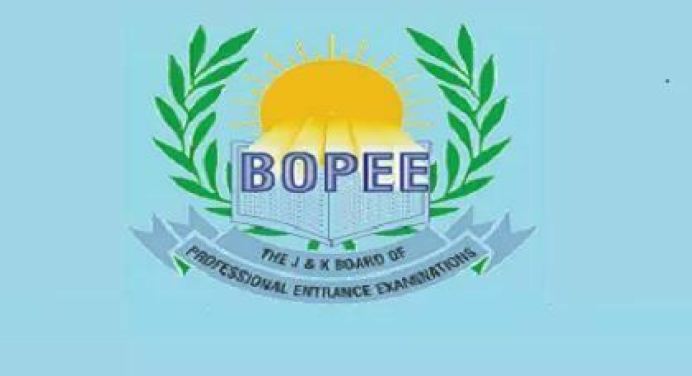 SRINAGAR: The Jammu & Kashmir Government has set the ball rolling for the appointment of chairman and member(s) of the Board of Professional Entrance Examinations (BOPEE).

To begin with, the government has invited applications from the citizens of India for the position of chairman and member(s) of the BOPEE.

Documents reveal that the General Administration Department (GAD) has issued an advertisement, notice for filling these key positions in the coveted body responsible for conducting entrance examinations for professional courses.

“The appointment of the candidate as chairman or member(s) shall be made on tenure basis up to a maximum period of two years and the candidate shall be eligible for re-appointment for another such term or until he/she attains the age of 65 years, whichever is earlier,” reads the notice.

As per the eligibility criteria, the chairman shall be an academician of high repute, having served for not less than 25 years or has held the post of a secretary to government or equivalent.

Similarly, the member(s) shall be an academician of a repute, having served in the Union Territory of Jammu & Kashmir for not less than 20 years or a person having served as special secretary to the government or against the equivalent post or a professor of a university or college.

As per law governing the appointment of BOPEE chairman, he/she shall be appointed by the Lieutenant Governor on the recommendations of the screening committee consisting of the vice-chancellors of Kashmir and Jammu Universities to be headed by the chief secretary.

In January this year, the government ordered that Vivek Bhardwaj, financial commissioner (additional chief Secretary), Health and Medical Education Department shall discharge functions of chairman BOPEE in addition to his own duties, as an interim arrangement—(KNO)