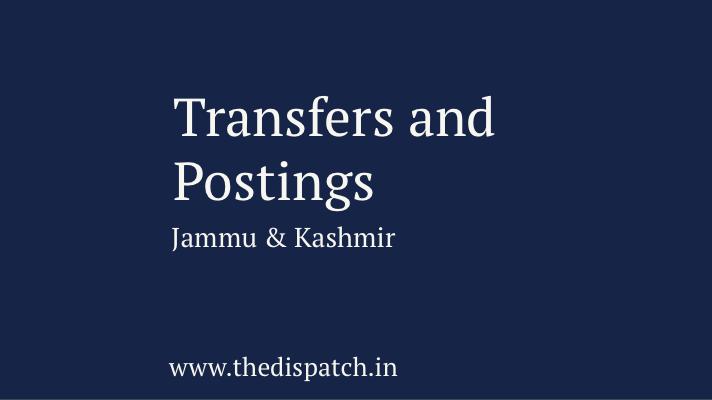 Documents accessed by news agency reveal that these directions were passed to administrative secretaries of the UT during a meeting chaired by Lieutenant Governor Manoj Sinha on May 31 at civil secretariat Srinagar.

The high-level meeting was attended by all administrative secretaries.

The administrative secretaries were also directed to effect minimum transfers against vacancies arising out of superannuation, promotion etc. so as to fill the accrued vacant posts in terms of the transfer policy notified, the record note of the meeting states. “All transfer orders issued by any department shall be immediately uploaded on the official website of the department,” it further states.

The move, according to officials, is aimed at streamlining governance and ensuring accountability and transparency in day-to-day functioning of J&K administration.

It is worthwhile to mention that premature transfers have affected the development process in Jammu and Kashmir over the past three decades.

“The frequent reshuffle of officers, in clear violation of the transfer policy, is a matter of concern for us,” they said, adding that the government will curb this problem—(KNO)