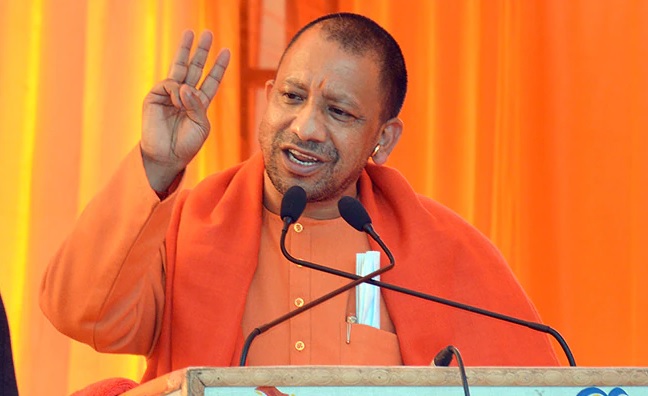 The Dispatch Staff
Add Comment
Adityanath, contesting his first assembly election, did not seem to be getting much fight from rivals on the Gorakhpur seat.

Lucknow/Gorakhpur: Uttar Pradesh Chief Minister Yogi Adityanath was heading for a landslide victory and leading by around 31,000 votes from Gorakhpur Urban seat on Thursday.

Chetna Pandey of the Congress was struggling with 685 votes while the AAP’s Vijay Kumar Shrivastava secured 321 votes, according to the updated figures.

A total of 381 NOTA votes was polled so far in the key constituency.

Adityanath, contesting his first assembly election, did not seem to be getting much fight from rivals on the Gorakhpur seat.

While Adityanath was watching the poll outcome from his official residence in Lucknow, his supporters at the Gorakhpur Math and also at the party office started celebrating his and the BJP’s victory in the state.

A large number of party workers had already gathered at the BJP’s party office in Beniganj in Gorakhpur. They were raising slogans like “Modi-Yogi zindabad” and “Jai Shri Ram”.

Some of them also burst crackers and took out a small march.

A lot of people had also gathered at the Hindu Sevashram in Gorakhnath temple. They have been watching the election results on big TV screen.

Meanwhile, only a handful of people were present at the Samajwadi Party’s office here.