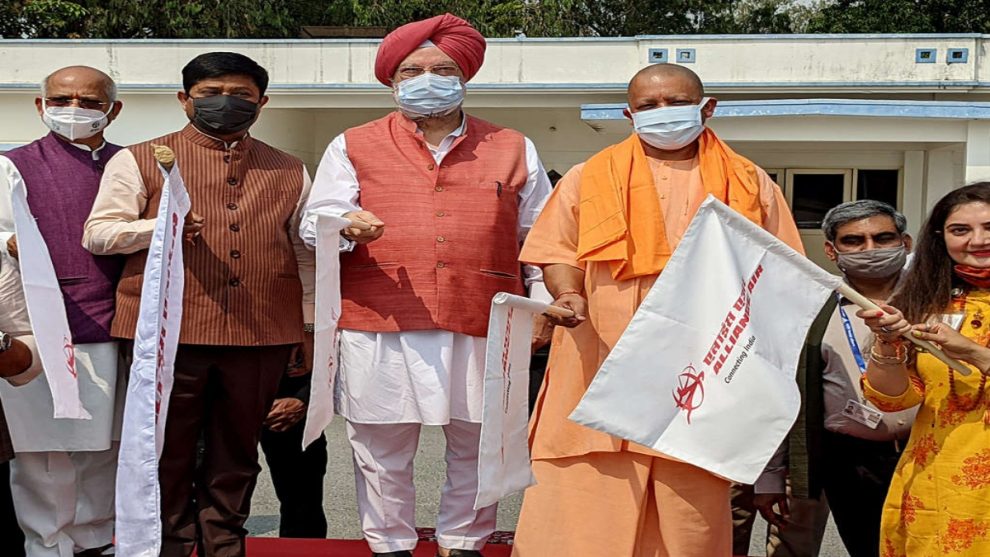 According to a press statement issued by the AAI, the dignitaries also laid the foundation stone for expansion of the Gorakhpur Airport terminal building in Uttar Pradesh’s Gorakhpur. “The existing terminal building of the Gorakhpur Airport commissioned in the year 2018 was designed to cater 100 passengers and has an area of 1890 sqm. The passenger traffic at the Gorakhpur airport has grown exponentially in a very short span of time. Thus, to increase the passenger handling capacity of the airport and make the airport suitable for Airbus 320 type of Aircraft, AAI has planned the extension of the existing terminal building at a cost of Rs 26.87 crores,” the statement said.

The spread in an area of 3440 sqm, the extended terminal will be equipped with 10 check -in- counters and two conveyor belts in the arrival hall. An additional security hold area will also be created at the first floor, after which the terminal building will be able to handle the 200 passengers during peak hours, it added.

The newly expanded building will have escalators, lifts, and enough space for a restaurant and commercial activities.

Minister for Civil Aviation of Uttar Pradesh Nand Gopal Gupta, AAI chairman Anuj Agrawal and other senior officials of AAI along with many other dignitaries were also present at the event.