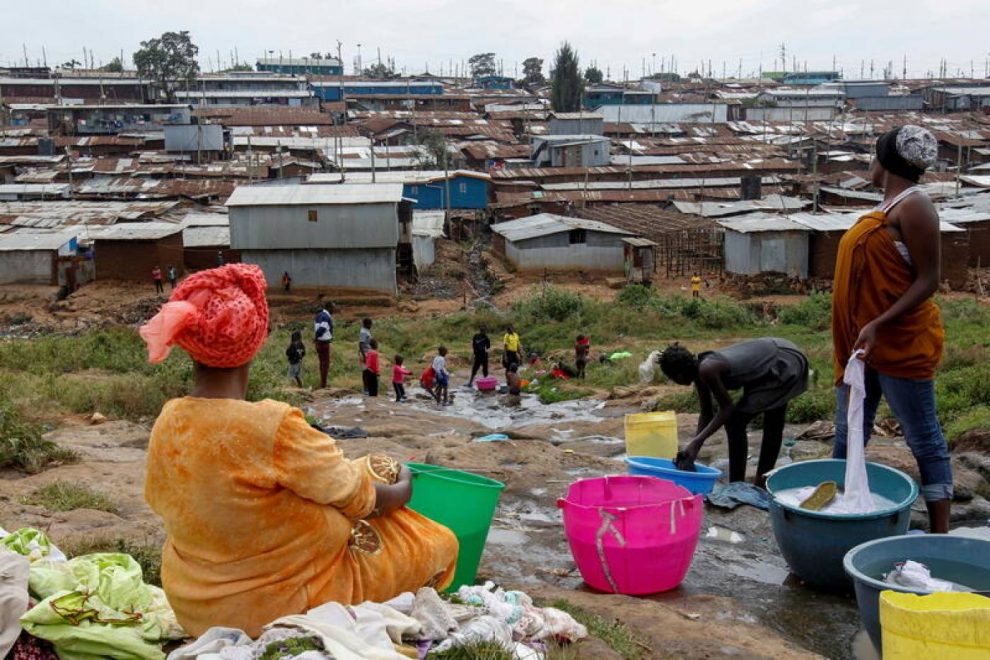 LONDON: Efforts to adapt to worsening climate change impacts are no longer playing “Cinderella” to better-financed work to cut emissions – but big obstacles still stand in the way of staying safer from climate threats, adaptation experts said on Thursday.

Those range from inadequate investment in adaptation work, to over-zealous accountability mechanisms for public spending and a failure to include local people in developing plans and judging their success, they told an online discussion.

Too many poor countries, meanwhile, are waiting to receive donor cash to adapt to more extreme weather and rising seas, when rethinking their own spending could also play a role, said Tom Mitchell, chief strategy officer for Climate-KIC, a European Union-funded climate innovation initiative.

“There has been too much reliance on an international system delivering the type of finance promised,” he told the event organised by the London-based International Institute for Environment and Development (IIED).

That has created “a situation where people are looking outward for that money, and that money is coming in a disappointing way”, he said.

Under international climate negotiations, richer countries promised to raise $100 billion a year starting in 2020 for poorer nations to grow cleanly and adapt to climate impacts – but that goal has not yet been met.

Sheela Patel, an Indian activist who works closely with slum-dweller groups, said efforts to prioritise adaptation were gaining ground as climate pressures worsen, making it “no longer the Cinderella” of broader climate action.

But both cutting emissions to curb climate warming and adapting to it require joined-up planning, she said, pointing to growing problems with poor communities being displaced by clean energy projects.

“Every time there is an investment in cities in (emissions) mitigation… it produces huge dislocation, evictions and lots of problems for the very poor,” said Patel, who sat on the Netherlands-based Global Commission for Adaptation.

But a “win-win” outcome was possible, she said, if cities that put in place low-carbon infrastructure on land home to poor communities use it as a chance to provide them with upgraded housing and services.

That kind of thinking could help governments and businesses speed up green projects without the burden of lawsuits and protests, Patel said.

Those efforts, particularly at the local level, also need predictable, long-term funding from government within broader development plans instead of short-term grants, she added.

Mitchell pointed to a number of recent studies suggesting many climate adaptation projects are failing to produce lasting results or even undermining resilience among the most vulnerable.

Research from the University of Oxford and the Norwegian University of Life Sciences found that projects to turn nomadic people into settled farmers, for instance, were sometimes more about achieving government relocation aims than helping herders cope with climate change.

“The fact that adaption projects are making people even worse off in the face of climate change than they were before is worrying,” Lisa Schipper, a fellow at Oxford’s Environmental Change Institute, said in a statement.

“Our findings go beyond unintended negative consequences, to suggest that adaptation interventions risk becoming tools for marginalisation and instruments of power abuse,” she said.

One problem is that countries and institutions providing finance are so worried about its potential misuse that they have created overly strict rules that prevent it being spent in flexible ways that could bring better results.

Expensive evaluation systems and “milestones” that must be met are “part of the problem”, Mitchell said, urging change.

Communities trying to adapt need not only to be involved in determining what would help them most, but also in measuring the outcomes, he and others said.

At the moment, Patel said, poor people are treated as “beneficiaries”, arguing they should instead be made proper partners in designing, executing and judging projects.

Black, gay and happy: is Hollywood ready for that?
Ten facts about child soldiers around the world
Comment