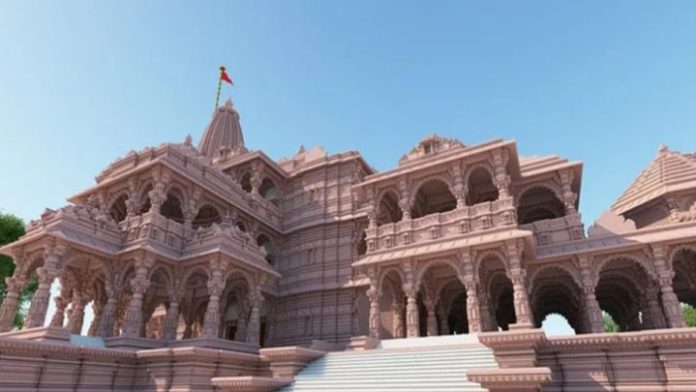 The Ayodhya Development Authority (ADA) has handed over the approved design of the Ram Janmabhoomi temple being constructed in Ayodhya to the Ram Temple Trust.
The Shri Ram Janmbhoomi Teerth Kshetra Trust had submitted the layout designs of the Ram temple in Ayodhya, and other documents related to it, to the Ayodhya Development Authority (ADA) for approval in August.

General secretary of the Trust, Champat Rai told reporters on Thursday about the various measures being taken to make the temple strong and ensure that it lasts for thousands of years.
“The whole sequence of the temple construction process is being done as per the law, all initial works are almost done. Soil sample has been taken from 60 meters deep from the spot where the temple is to be constructed,” Rai said.

He further said that the Indian Institute of Technology Madras is conducting a study on all the materials which will be used in the temple construction. IIT-Madras is assisting Larsen and Toubro construction company which has been engaged for the construction work of the Temple.

The Trust had on August 20 said that the construction of Shri Ram Janmbhoomi Mandir has “begun” and the engineers had begun testing the soil at the site.According to Trust, the shrine will be built in adherence to the country’s ancient and traditional construction techniques. It will also be built to sustain earthquakes, storms and other natural calamities.