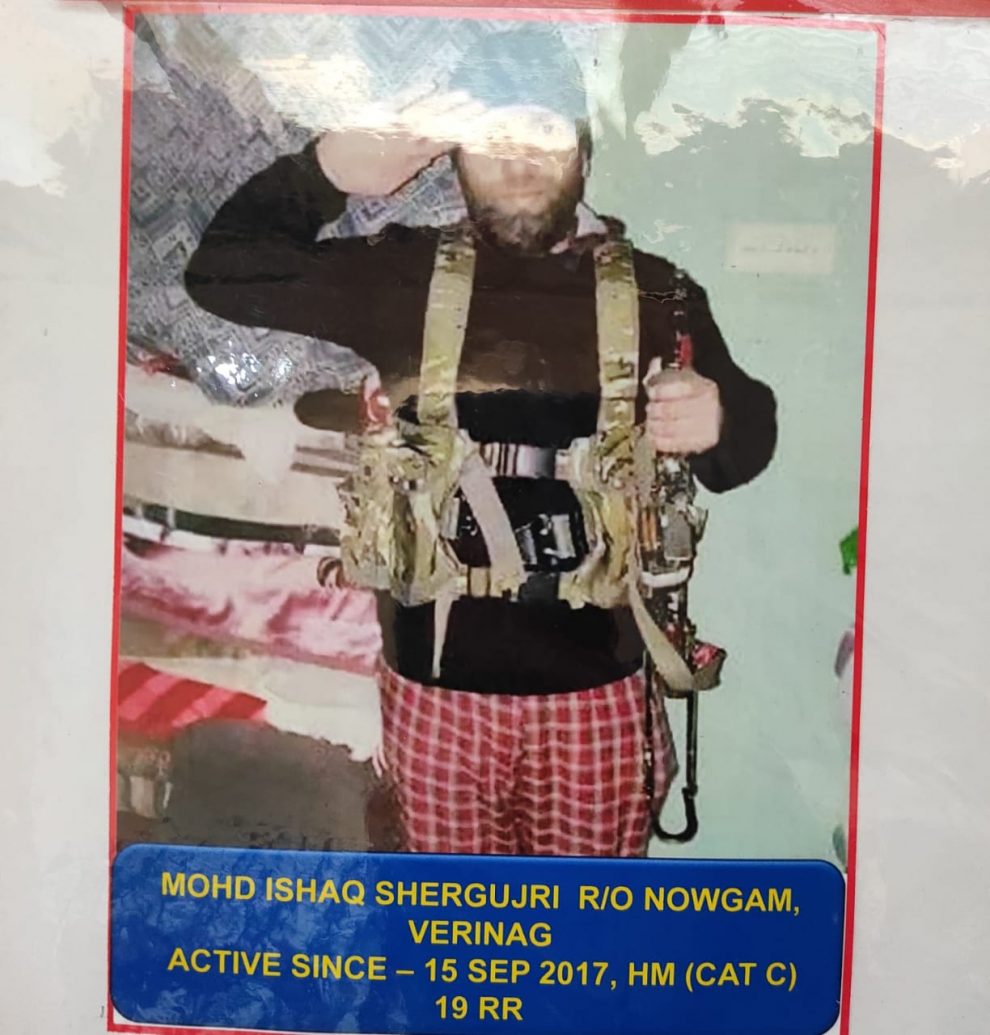 ANANTNAG: The Jammu and Kashmir Police on Thursday claimed to have arrested an active militant of Hizb-ul-Mujahideen in the Kokernag area of South Kashmir’s Anantnag district.

A top police officer while said that on a specific input a cordon and search operation was launched in Sagam Kokernag by Police and the army’s 19 RR.

During CASO one militant was arrested along with arms and ammunition. The arrested militant has been identified as Mohd Ishfaq Shergojri resident of Nowgam Verinag, the top police officer said.

He was active since 15th September 2017 in Anantnag district, a C- Category Hizb militant and was wanted in many militancy-related incidents, the officer added. (GNS)