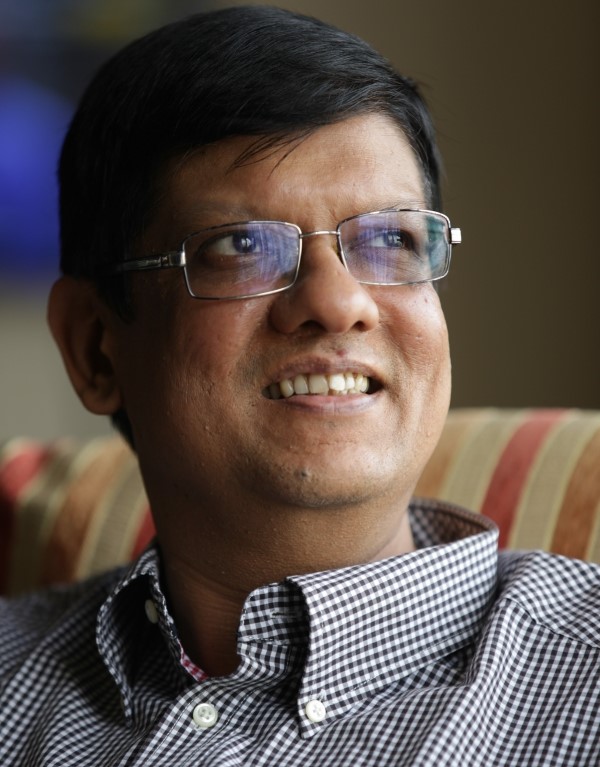 Dr Carol Dweck, a professor of psychology at Stanford University, California, coined the term ‘growth mindset’ after years of research. Simply put, growth mindset is the belief that ability in any aspect can be developed with hard work. This is the opposite of ‘fixed mindset’, the belief that people are born with a certain level of ability that cannot be changed.

Every person exhibits growth mindset at times and fixed mindset at other times, depending on the situation. Those who demonstrate growth mindset most of the time are the ones who set lofty goals for themselves and then succeed.

Let me share a few characteristics of the people who are mostly inclined towards growth mindset, as described by Dr Dweck. They love to take on new challenges and tasks that are tough. They know that they aren’t limited by a cap in their capability, but can work hard and make anything happen. They are also not afraid to fail, because they know failure is just a step towards success, and for this reason they are more willing to take risks. They learn new things constantly and take failures as part of the learning process.

As you can see, inculcating a growth mindset from childhood is essential for success. Since people with growth mindset enjoy learning new skills and improving their abilities, it is also intertwined with lifelong learning. How do active parents develop this mindset in their children? Let me share two examples.

Farha is a very focused and driven kid. Every time she did well in her exams, from the time she was in primary school, her parents would tell her how intelligent she was. They would also unabashedly tell all their relatives how smart Farha was in her presence. This went on till she reached high school. Now she has come across calculus. She finds it very difficult. What do you think will happen?

Now look at another scenario. The same Farha, the same parents. Every time Farha did well in her exams, the parents would tell her they are proud that she worked hard to get good marks. They also praise her study methods. They would tell all their relatives also that Farha works really hard. Then she comes up against calculus, which she finds tough. What do you think will happen now?

In the first case, over time, she would have started believing that she was born intelligent. Then when she hits the calculus roadblock, she will believe that her inborn intelligence is not sufficient to learn calculus. She is afraid that if she attempts calculus and fails, it will expose her as being stupid. She mentally switches off from it and starts hating it. On the contrary, in the second case, over time, Farha will start believing that working hard to achieve a goal is very important and that anything can be learnt if she works hard and employs the right methods. When she is hit by calculus, she takes a deep breath, cracks her knuckles, chuckles to herself and studies twice as hard, till she conquers the calculus mountain.

In the first case, by reinforcing the belief that she was born intelligent, Farha’s parents kept pushing her towards a fixed mindset, till it pretty much got hardwired into her brain. So when it came to taking on a tough challenge, at the first sign of failure, she gave up, thinking the problem was beyond her fixed amount of intellect. In the second case, by reinforcing that hard work can help in solving difficult problems, Farha’s parents inculcated growth mindset. Whatever the size of the problem confronting her, she would be eager to figure out the right strategy and methods and put in the hard work required to overcome it. One of the mothers I interviewed, Riya, explained why she hates it when her son—who is of above average intelligence—comes home with high marks on a test and says, ‘I didn’t even study for it.’ She will immediately chastise him and tell him that it is no bragging matter and that she would respect him more if he got poor grades despite working really hard.

The same can be said for aspects other than academics too. When a child sings well on stage, praise them for their preparation and not their talent. This way, if they have to give a public speech, they will not think twice before preparing hard for it and making it a success. Whereas, if you praise their talent for singing, they may never believe themselves to be able to deliver a speech.

In a nutshell, to inculcate growth mindset, praise the effort and not the talent. Parents might be tempted to praise the talent, since that is directly inherited from them, and by praising the child’s talent they are indirectly praising themselves. However, resist the temptation. Remember, you are also responsible for the hard work the child puts in.

The reverse is also important. When your children get poor scores, don’t label them as ‘idiots’, as I elaborated in the chapter on self-confidence. Focus on the effort or lack of it. Encourage them to work harder the next time. One of the suggestions from Dr Dweck when children get a low grade (a C or a D, or 50–60 per cent) is to say, ‘Okay, I can see you have not yet mastered the subject. Keep working harder so that you can really excel in the subject.’ ‘Not yet’ is a powerful phrase. It reinforces the fact that capability can be built through hard work and encourages the child to work harder to achieve the goal.

Since persons demonstrating growth mindset are always willing to explore untested boundaries, another outcome of this mindset is curiosity. These people love to experiment, learn from it, fail at times, learn from the failures, and improve themselves continuously. This is another reason why we find those with predominantly growth mindset being continuous learners.

Excerpted with permission from Active Parenting: How to Raise Children with Boundless Potential, RamG Vallath, HarperCollins India. Read more about the book here and buy it here.

Join The Dispatch Whatsapp Group to stay updated
The Dispatch is present across a number of social media platforms. Subscribe to our YouTube channel for exciting videos; join us on Facebook, Intagram and Twitter for quick updates and discussions. We are also available on the Telegram. Follow us on Pinterest for thousands of pictures and graphics. We care to respond to text messages on WhatsApp at 8082480136 [No calls accepted]. To contribute an article or pitch a story idea, write to us at [email protected] |Click to know more about The Dispatch, our standards and policies
TagsActive Parenting HarperCollins India How to raise children with boundless potential RamG Vallath

Kashmir will be connected to Kanyakumari by train in Dec 2022: LG
Sinha calls upon J&K youth to join IAF to give wings to their dreams
Comment