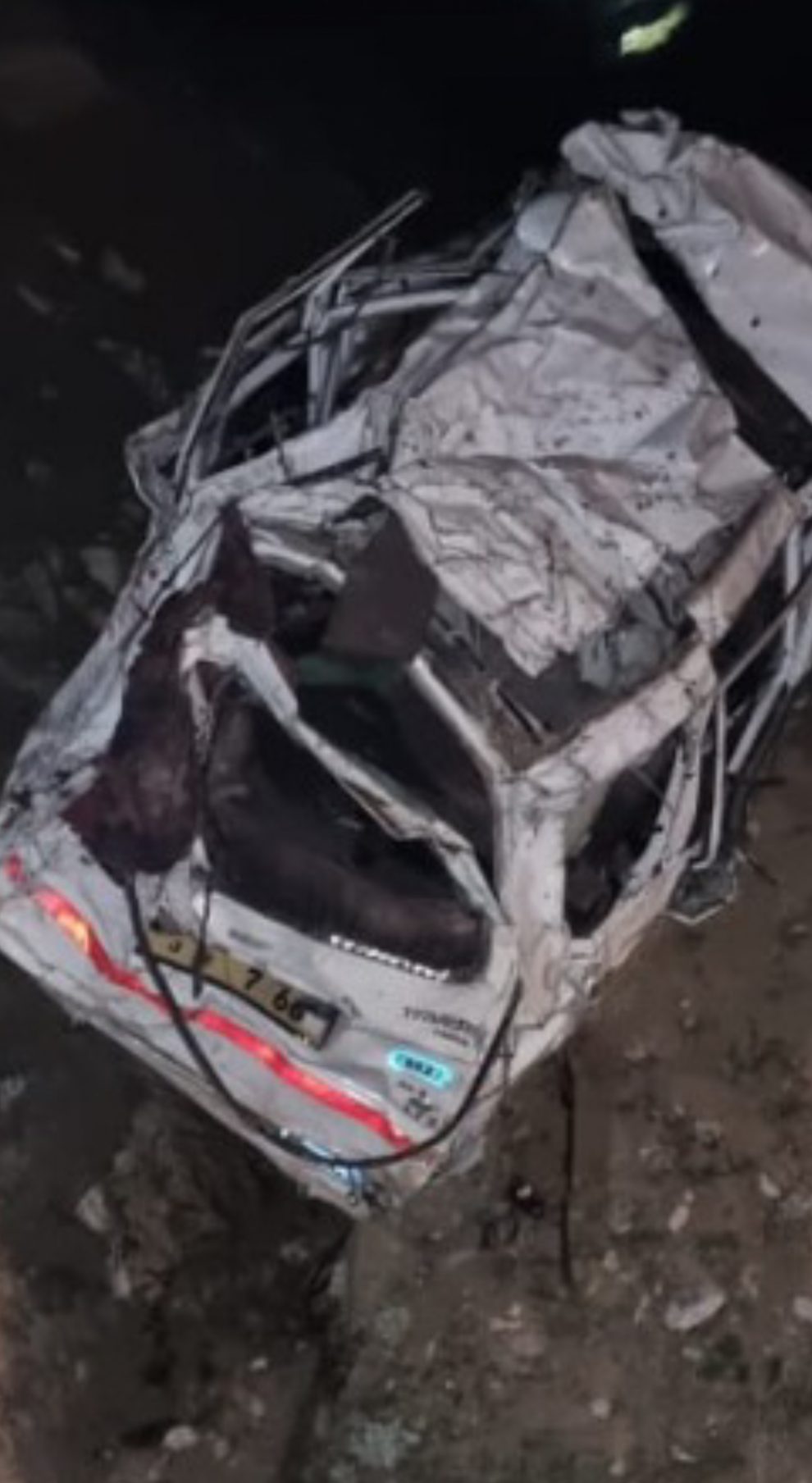 GANDERBAL: Seven people were killed and one was critically injured after a vehicle rolled down a deep gorge along Zojila Pass in Sonamarg in central-Kashmir’s Ganderbal district.

He said that in the incident seven persons including five non-locals have lost their lives while as one more from Jharkhand received injuries who has been hospitalized.

Injured has been identified as Arvind yadav son of Dayanand Yadav resident of Jharkand has been hospitalized.