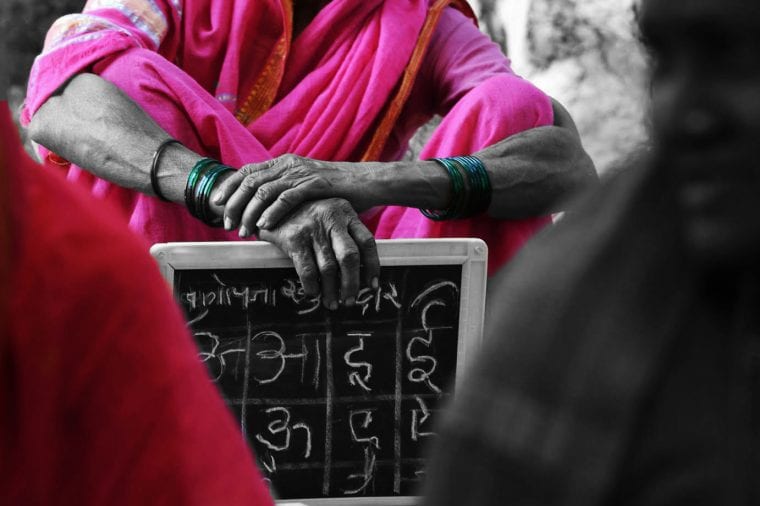 Education is a fundamental right and massive efforts have been invested by policy makers over the years to ensure that people in India have access to quality education. Overcoming a long list of challenges, India’s literacy rate has increased to 77.7% in 2018 from 52% in 1991.  Apart from national literacy rate, huge improvement can be seen in female literacy rate overthe last three decades – as compared to just 39% in 1991, 70.3% of females are now literate. Education has played quite a critical role in empowering girls and women of our country who, today, are leading the country in different fields of science, engineering, education, arts, sports, entertainment, journalism and politics. As we acknowledge the progress, it is, however, equally important to understand the gaps that still make education inaccessible to a large number of girls belonging to low income groups in rural and remote areas. We need to think about 313 million illiterate people of which 59% are women.

This is year 2020 and talking about gender-based discrimination hasn’t yet become a thing of the past. The dropout rate for girls after class 8th reflects the bias they have to face – first by their families and then by society. As per a report published in The Financial Express, dropout rate of girls increases drastically after primary education, up to which the Right of Children to Free and Compulsory Education Act is applicable. Net enrolment ratio for girl children dips from 88.7% at primary to 51.93% at secondary and to a dismal 32.6% at higher secondary levels. Roughly one in every five girls enrolled drop out after class 8. As per several reports, the predominant reason for girls dropping out is family constraints. After a certain age, marriage and other issues like school distance and poverty also come into play. Parents give priority to contribution of girls to household chores over their education. They feel it is important to prepare girls for the ‘other house’ where they will be spending life after marriage.

In Jammu and Kashmir, similar social biases and economic constraints have severely impacted girls’ education specially in the rural and remote regions of this newly announced Union Territory. As per a survey conducted by the National Statistical Office (NSO), the UT’s female literacy rate is 68% much lower than the male literacy rate of 85.70%. The rural-urban divide in the UT is reflected by the numbers as just 66% females in rural J&K are literate against 75.70% females in urban areas.

In a situation where young girls were already facing challenges to claim their right to education, the advent of a global pandemic has further complicated the scenario. In J&K’s border district of Poonch, the pandemic has put a question mark on the return of girls to school once the restrictions are removed. In Narol village, which is 20 kilometers from Mendhar block in Poonch district, name of Asifa Begum (name changed), a Class 9th student,has been withdrawn from the school by her parents.

“As a daily wage laborer, my source of income is meagre and sustaining four children was already difficult for me. During lockdown, we could hardly make our ends meet. I had no option but to withdraw my daughter’s name from school as she has achieved basic education enough for her to get married,” shared Zamood Ahmed, Asifa’s father. There are several girl students like Asifa who have dropped out of schools during and after the lockdown. With classes being conducted online, a large section of children belonging to BPL families have been left behind. Girls, with no access to smart phones in conventional families, are the worst affected. Few, who managed to arrange for a basic smart phone, find it difficult to buy data packs due to lack of money.

The remoteness of these rural regions makes the children more vulnerable as it cuts them from benefitting from several government initiatives. According to Rashid Ahmed, Principal at higher secondary school in Chhatralvillage, “My school has maximum strength of poor and needy students for which different kind of funds are available specially for girls. These funds, however, were already not sufficient to meet the expenses and now the pandemic has made the situation worse. Also, there are many parents who do not understand the procedure and find it difficult to provide the relevant documents.” The UT administration while taking note of the abysmal female literacy rate especially in rural areas, has recently announced setting up of 176 Kasturba Gandhi Balika Vidyalayas (KGBVs), residential schools, for catering to educational needs of 15,000 girl students of disadvantaged groups of society at elementary level. Such steps are welcome as having strong infrastructure is one of the basic needs to provide quality education to girls but what is needed here is the awareness and sensitization of the society and families towards girl’s education. And, also to understand that poverty plays an important role in girls’ education. All girls in rural areas should be offered education free of cost to ensure their retention in higher classes. To move forward after the pandemic, one must address the challenges of the past. The New Education Policy should aim at resolving the challenges faced by students in these rural and remote locations. Only then, we as a country, will be able to achieve 100% literacy rate for all genders.

The author is from Mendhar, Poonch