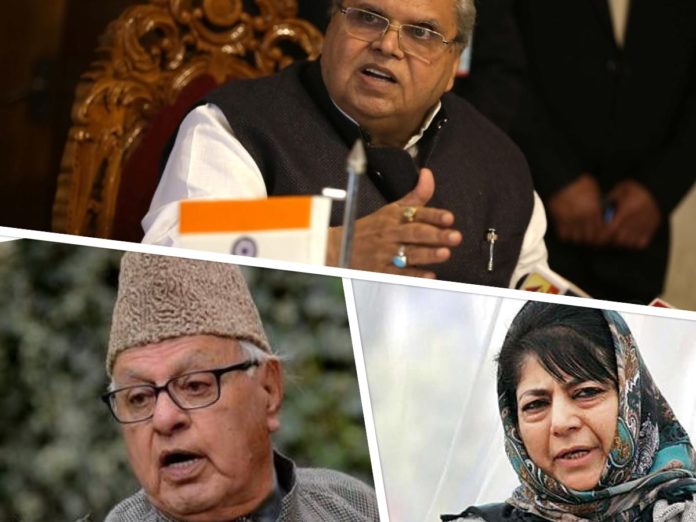 Srinagar: Goa Governor Satya Pal Malik plans to write a book on his experiences as the Jammu and Kashmir Governor, when the central government abrogated Article 370 and bifurcated the state into two Union territories of Jammu & Kashmir, and Ladakh, reported IANS.

In an interview to a local cable channel on Thursday, Malik said amid all the violence in J&K, not one son of a maulavi, professor or any official or politician had died on account of the conflict.

Politicians like Farooq Abdullah and Mehbooba Mufti were no longer relevant in Kashmir, IANS quoted Malik as having said and added things would return to normalcy there. “On Wednesday, they withdrew 7,000 security forces. Slowly things will get normal. Shops are opening. Business has started,” Malik was quoted as saying by newsagency IANS.

On militancy, Malik said its roots were in the local political class of the 1960s and the propensity of New Delhi to rig elections.

“I had said the problem in Kashmir, especially in the 1960s (was on account of) mistakes of Kashmiri leaders. Delhi’s mistake was that, they would oust the government by fraudulent means. In one election, all forms were cancelled and candidates ‘made’ to win. Militancy has its roots in such events.

“Also, J&K leaders would always lie and show dreams to the masses that could never be fulfilled,” Malik said. “I will also write a book on Kashmir. I feel and truly believe a lot of thought was put in sending me to Kashmir. My mandate was outreach, development and dispel negative narrative and correct it,” Malik said.

Malik served as the J&K Governor from August 2018 to October 2019, reported IANS.