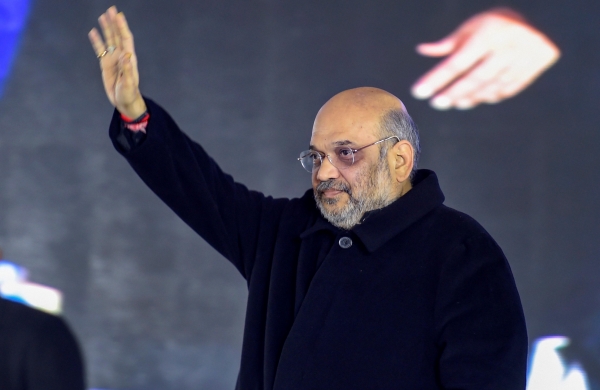 Union Home Minister and BJP chief Amit Shah on Thursday tore into Arvind Kejriwal-led Delhi government, accusing it of stealing credit for the developmental work done by the central government in the national capital.

“Prime Minister Narendra Modi has forced everyone to follow the work culture. However, Delhi Chief Minister Arvind Kejriwal Ji has done something entirely new. He thought, why work. Why allot budgets and lay foundation stones for development projects? Work is already being done, just put your name on it,” Shah said addressing a public gathering here.

Assembly polls in Delhi are scheduled to be announced some time in next few weeks, and thus political arguments have intensified over the last few days.

Just on Sunday, Prime Minister Narendra Modi slammed the AAP government in the national capital for not doing enough to combat the menace of air pollution and providing clean drinking water.

“These people used to claim that each household in Delhi gets clean drinking water. They claimed to provide drinking water from the tap, but you all know the reality. They lied to you,” PM Modi had said at a rally in Ramlila Ground.

On Thursday, the BJP president also, in his speech, raised the water issue.

Shah said that 4,526 houses will be provided to the middle class and 2,088 units have been provisioned for the people belonging to the economically weaker sections of the society in the city.

“Thirty per cent of the area here will be developed as green open-public spaces. It will help the people of Delhi combat the problem of air population,” he added.